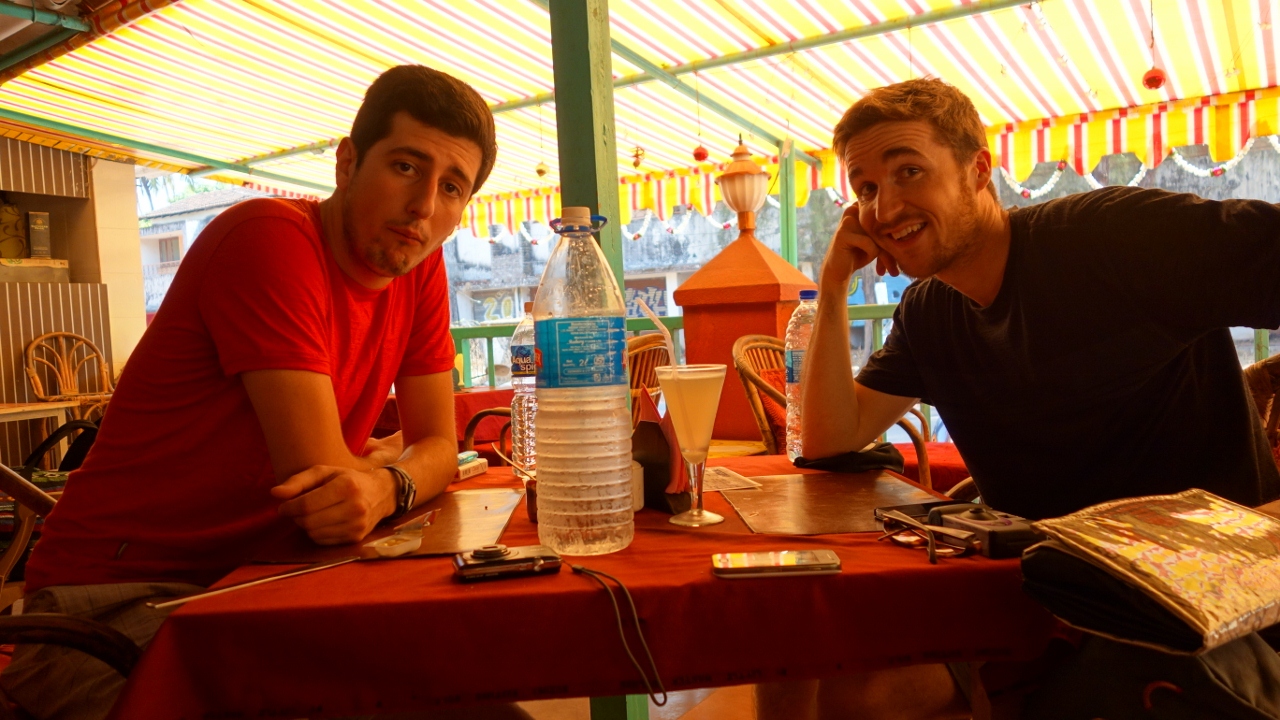 During the first month of my trip, before Vince arrived[1], I spent almost a week in a small town in northern Goa called Anjuna. Famous for its party scene, of which I saw no evidence during my stay, Anjuna is a past-prime hippy haunt that now acts as a sort of quiet retreat from the busier nearby beaches of Baga, Arambol, and others.

For four of my days there, I was very ill. For the other three, I mostly sat around and talked to Russian people. Now, I don’t have the hard numbers, but I’d say something like 80% of the travelers to northern Goa are Russian. Restaurants exist that hand out menus in Russian and nothing else. There are party fliers pasted up around town, covered in Cyrillic. I asked around and received no explanation of the origins of this migration of Russian folks, but I was told it began around three years ago and got the impression (repeated here at the risk of perpetuating a stereotype) that there may be an organized-crime element to the whole scene.

I spent most of my time hanging out with two delightful Russian girls, Maria and Ilena, who’d both lived in Anjuna for the past five months and worked as guides to the visiting hordes of their countrymen. As I understood it, their job amounted to the following:

The pair of them were great, and got me drunk, and then made a very generous show of taking care of me while I was sick and bewildered and stumbling around for the rest of the week.

Anyway, that was in January. After Vince arrived two weeks ago[2], we decided to stop in Anjuna on our way down south, to (re)connect with Ilena—Maria had since left—and to eat at my favorite restaurant there, called Eatopia[3].

Anjuna, apparently, is a good place to go if you want to get sick: Vince fell ill almost immediately after we got off the train. But there was one highlight worth mentioning.

After a day at the beach, drinking rum out of plastic cups, we were stopped by a bunch of kids running a clothing shop on the trail back into town. Vince bought a leather bracelet from an adorable nine-year-old girl, more out of enamorment than of wanting the thing. Our lovely friend Phoebe, whom we’d met on the train down from Mumbai, shopped around for dresses. And as the sun went down, and we stayed and kept talking, more of them showed up—brothers, cousins, nieces. It quickly became clear that we neither needed nor wanted anything they were selling, but we liked them a lot and the interaction took a toward toward the friendly. We offered to take the five of them out to dinner, and they accepted.

After a quick walk down the beach, we stopped at a restaurant called (hilariously) the 7-Eleven cafe. A good time was had by all. The youngest of the bunch, the nine-year-old born saleslady named Silpa, was at serious risk of adoption/kidnapping by me and Vince. She was insanely precious. We took some pictures [4]. 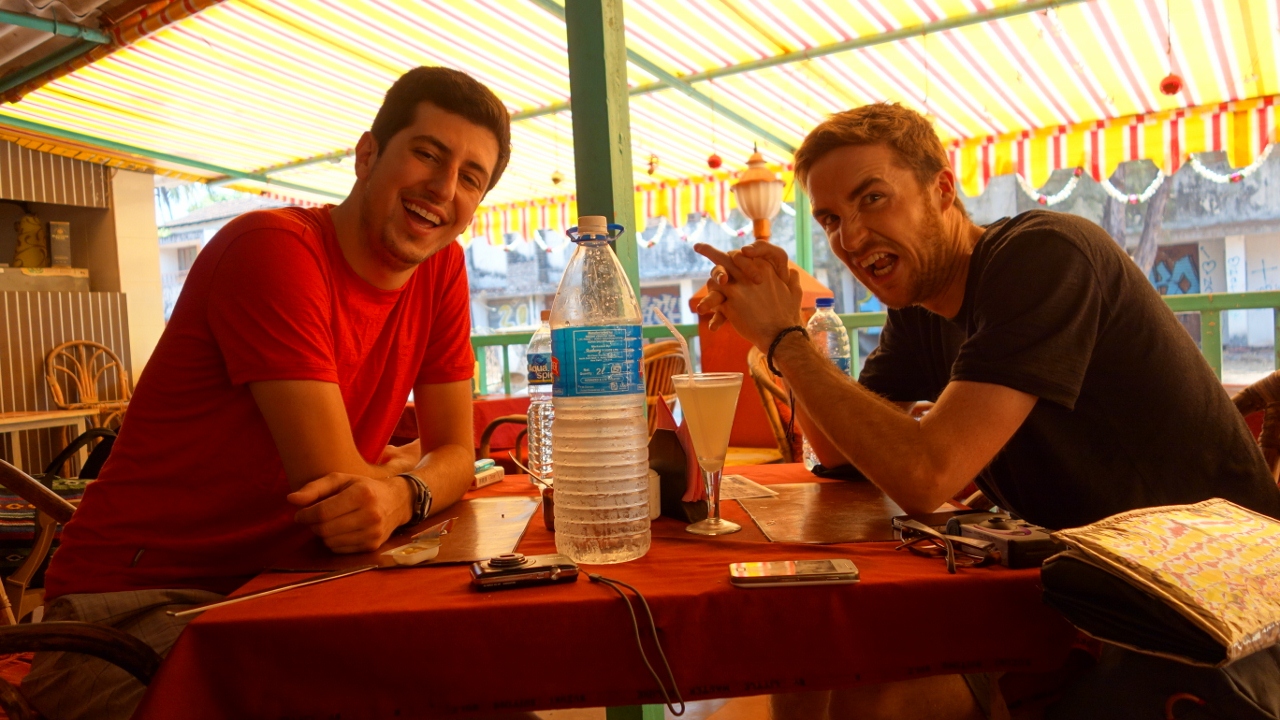 Vince and I at Eatopia, our favorite restaurant in Anjuna. 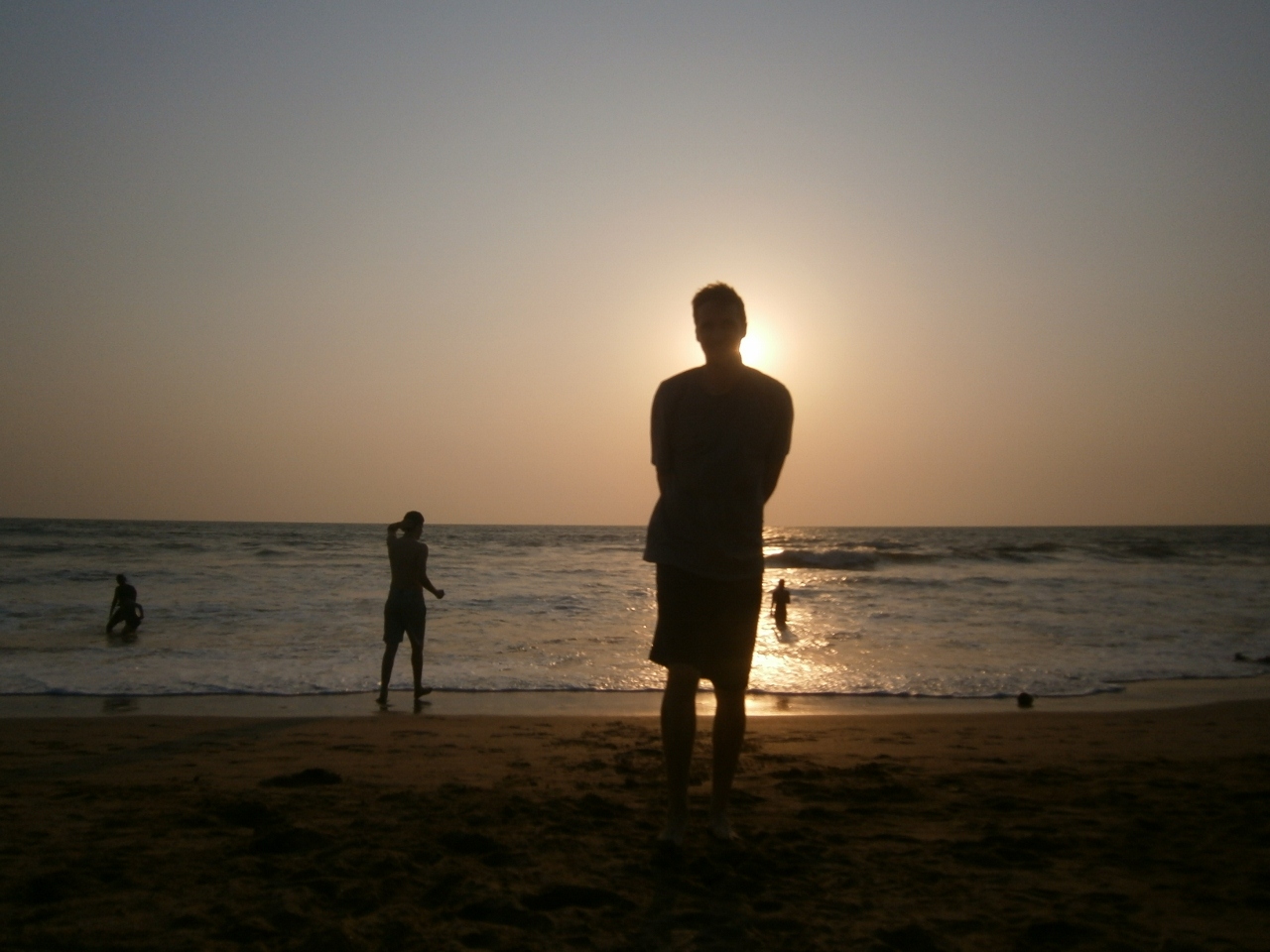 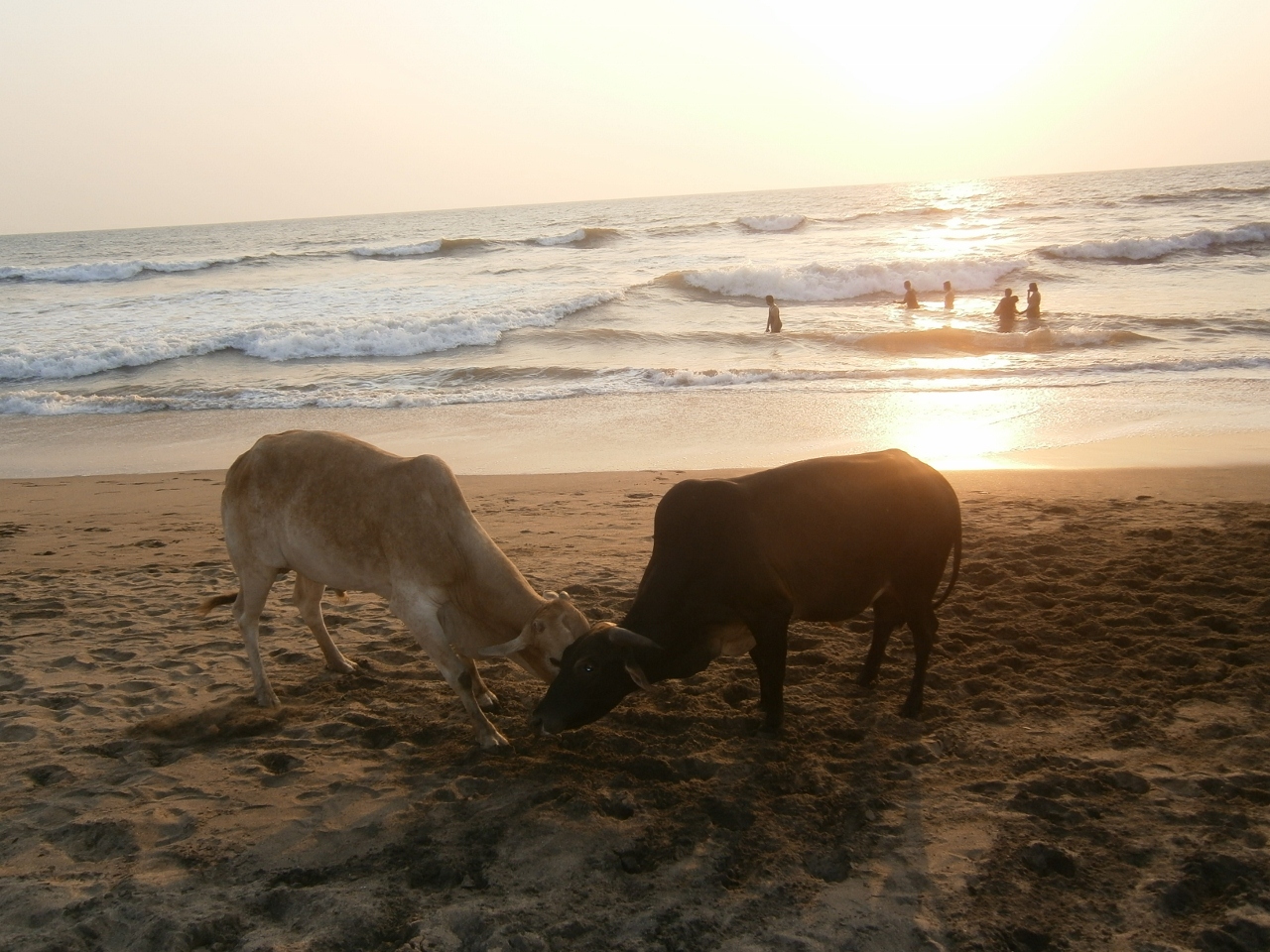 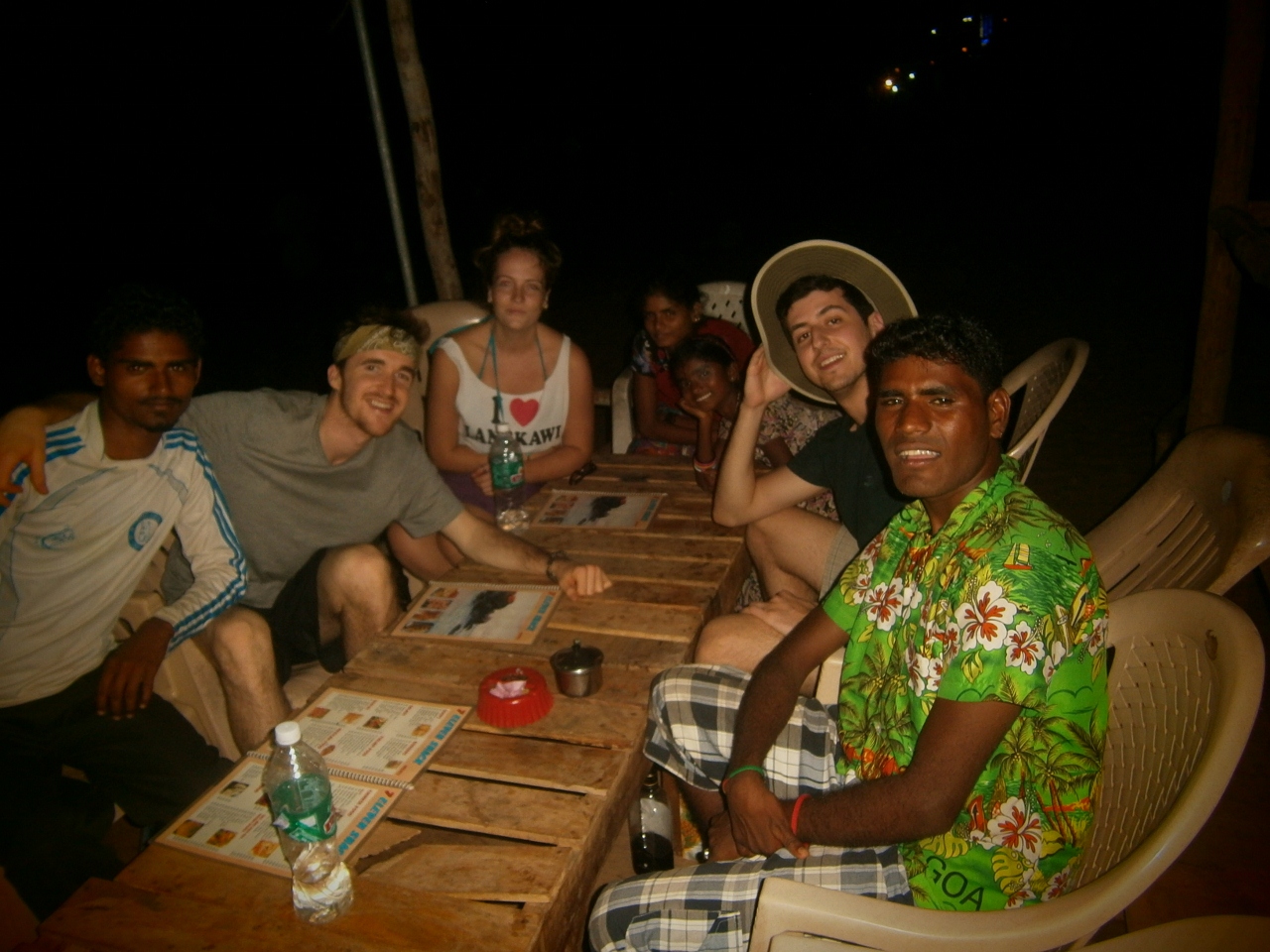 Our dinner with the kids. 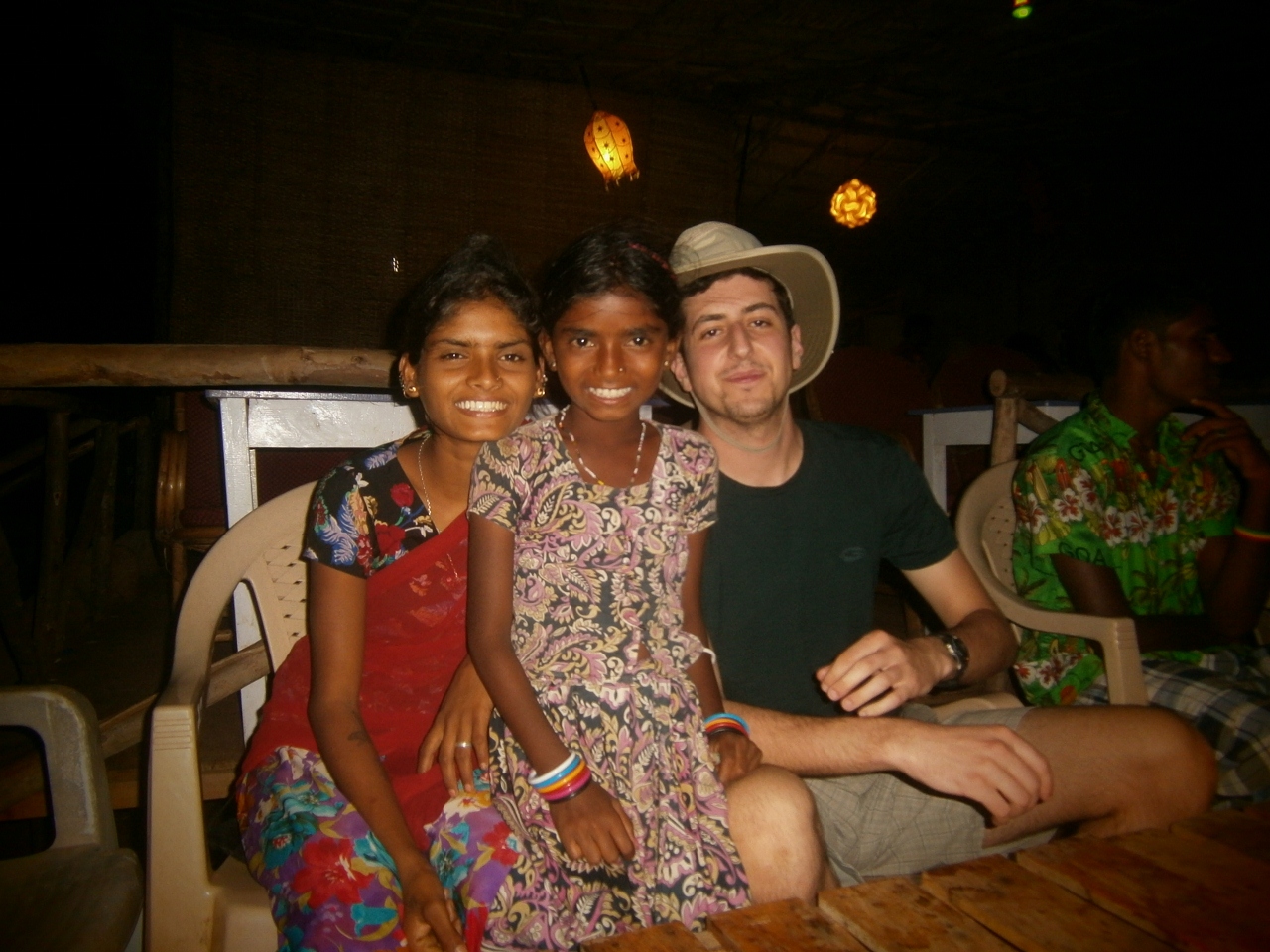 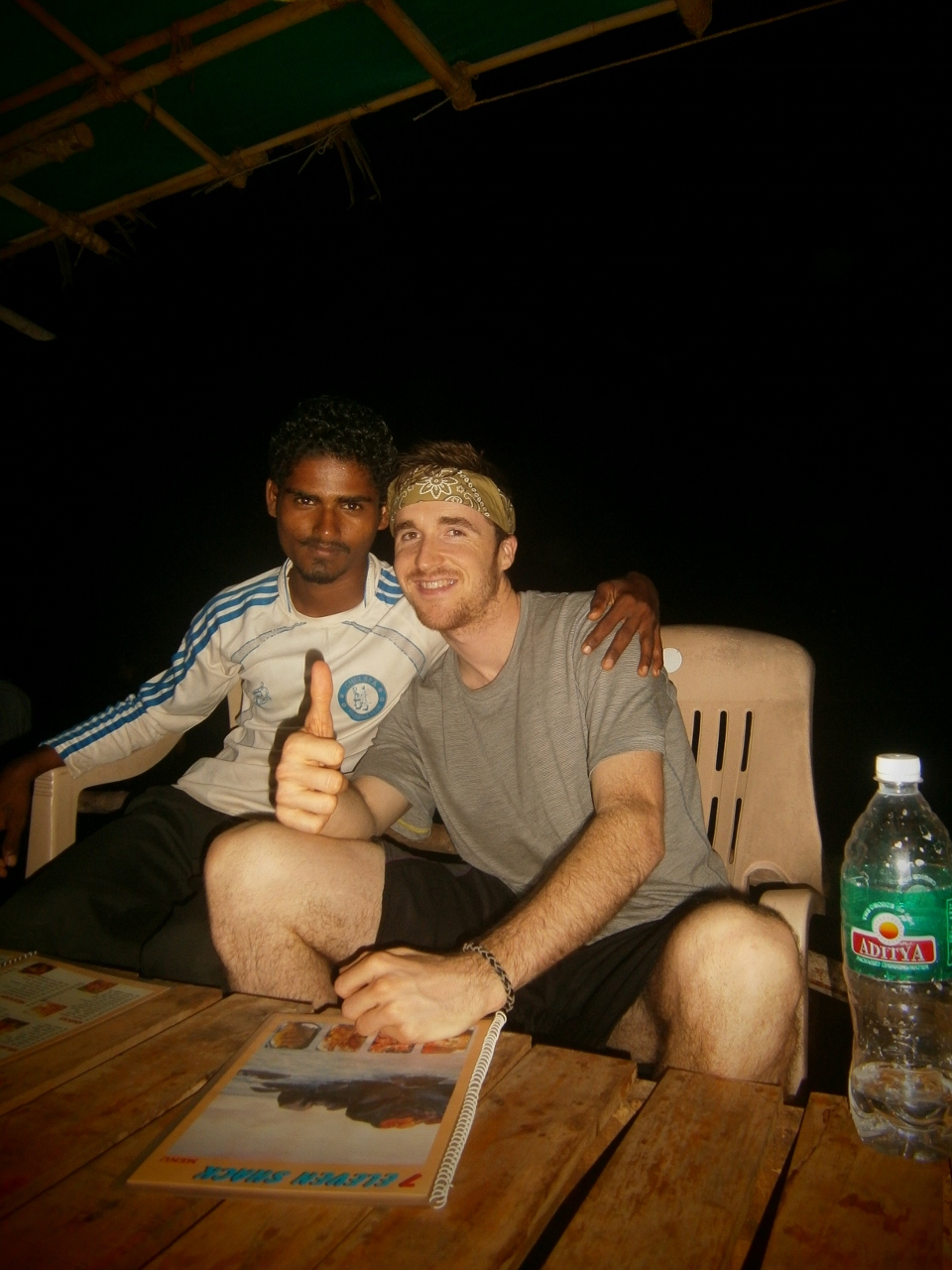 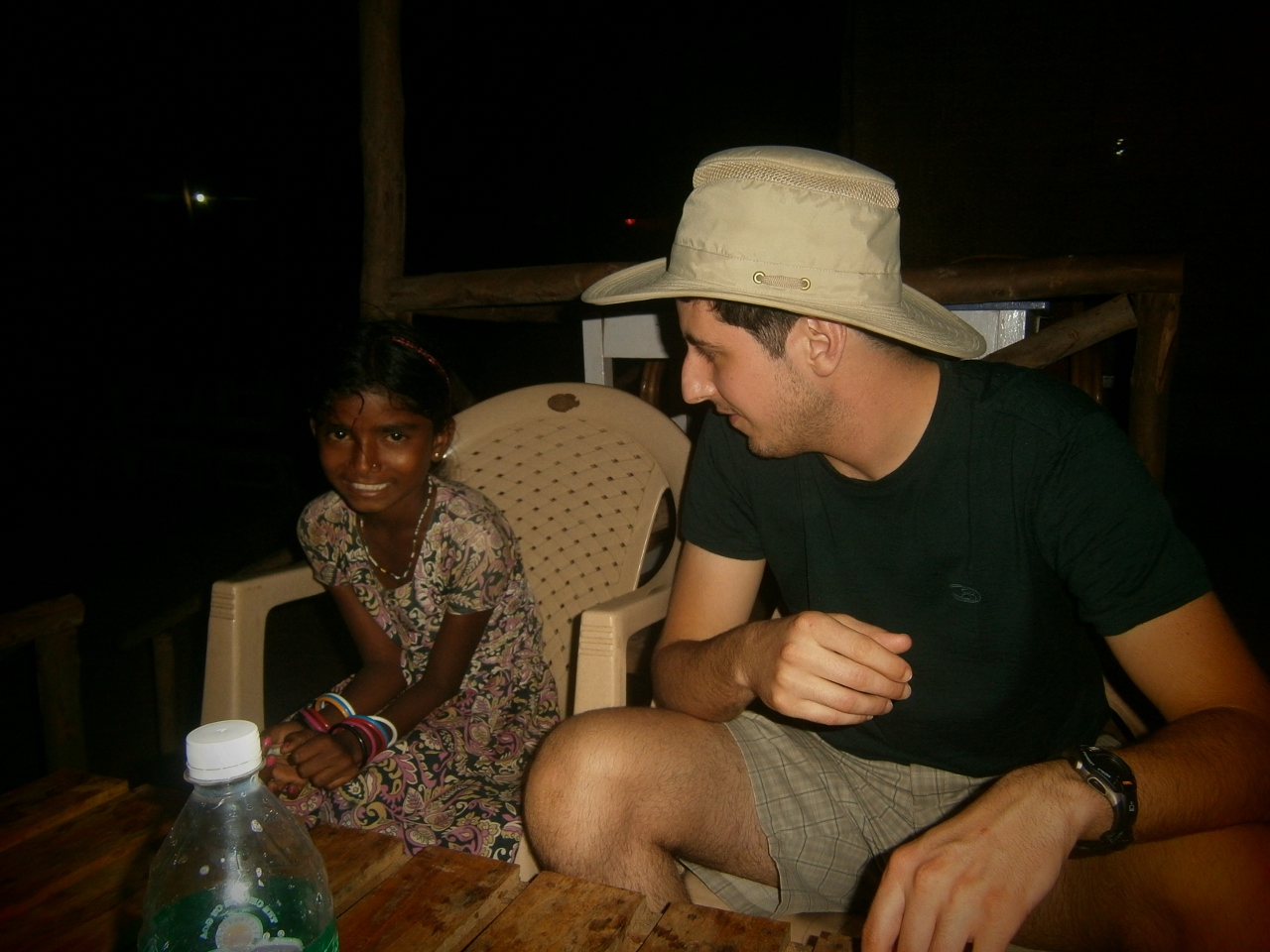 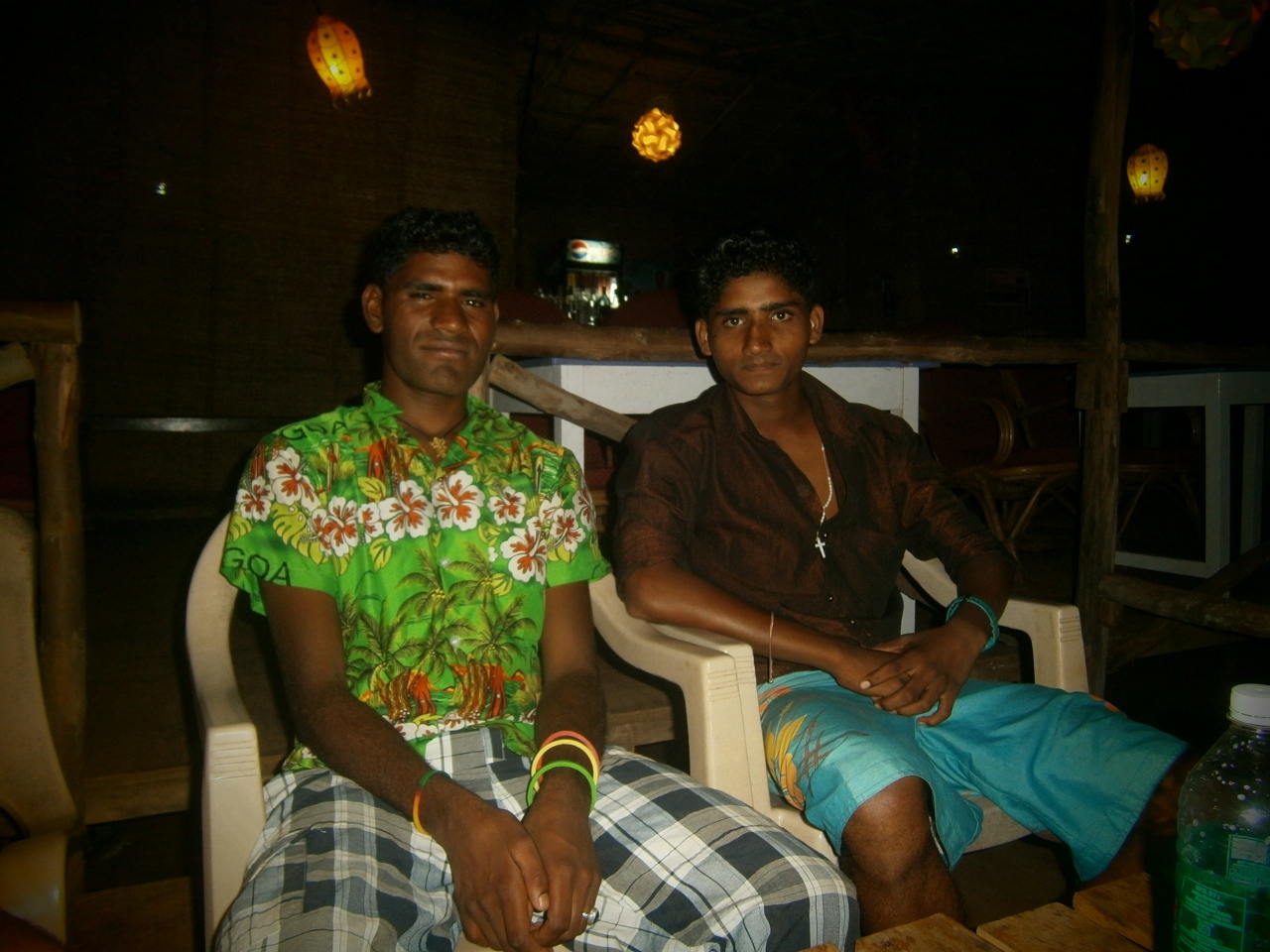 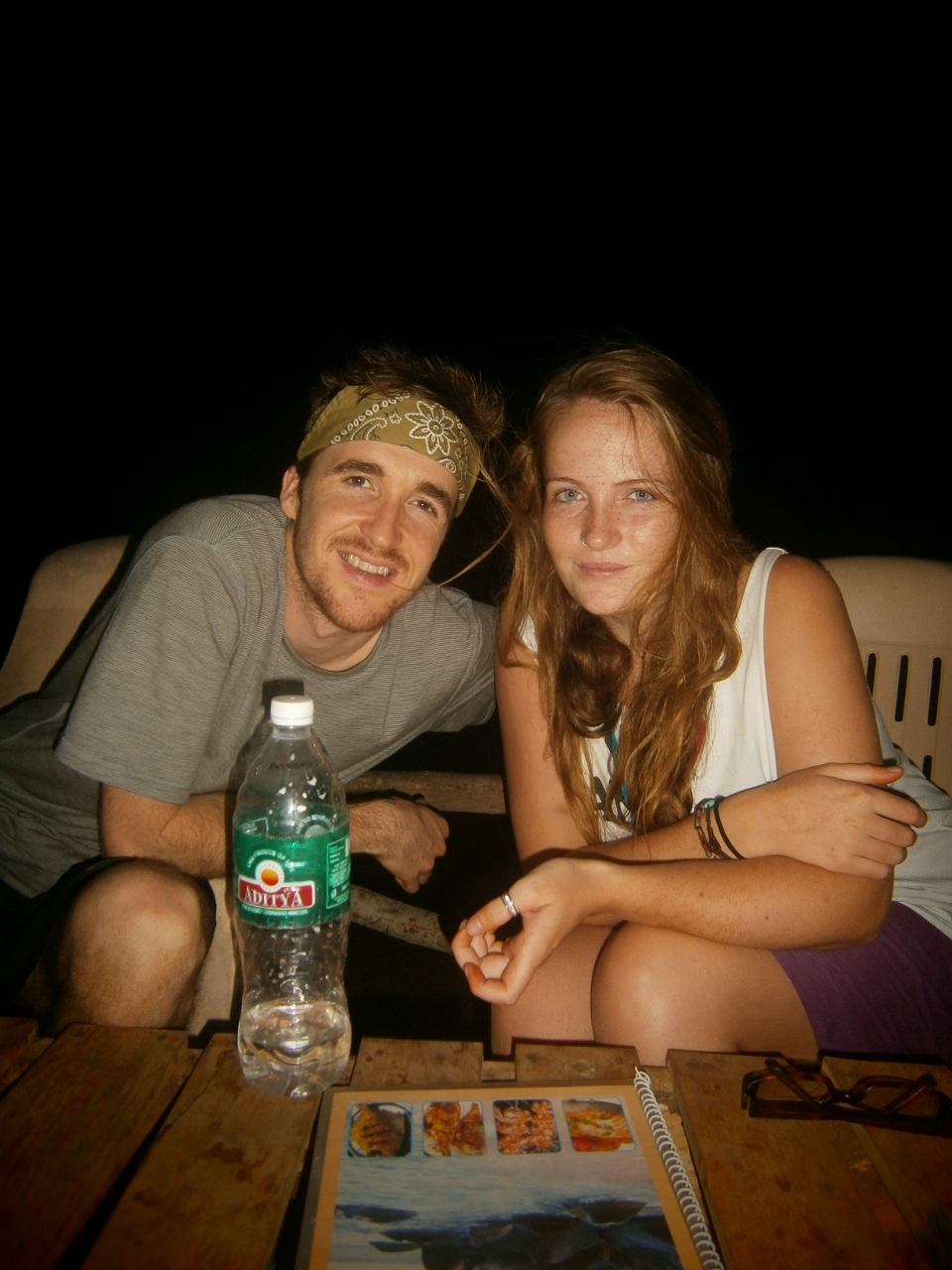 [3] Ilena, as it happened, had in the month I’d been gone become engaged—as in, to be married—to the manager of the restaurant. That was a surprise.

[4] Vince wants to make clear that most of these pictures are from Phoebe’s camera… C’mon now, did you really think those were taken with a Sony RX100 Cybershot? Ha!