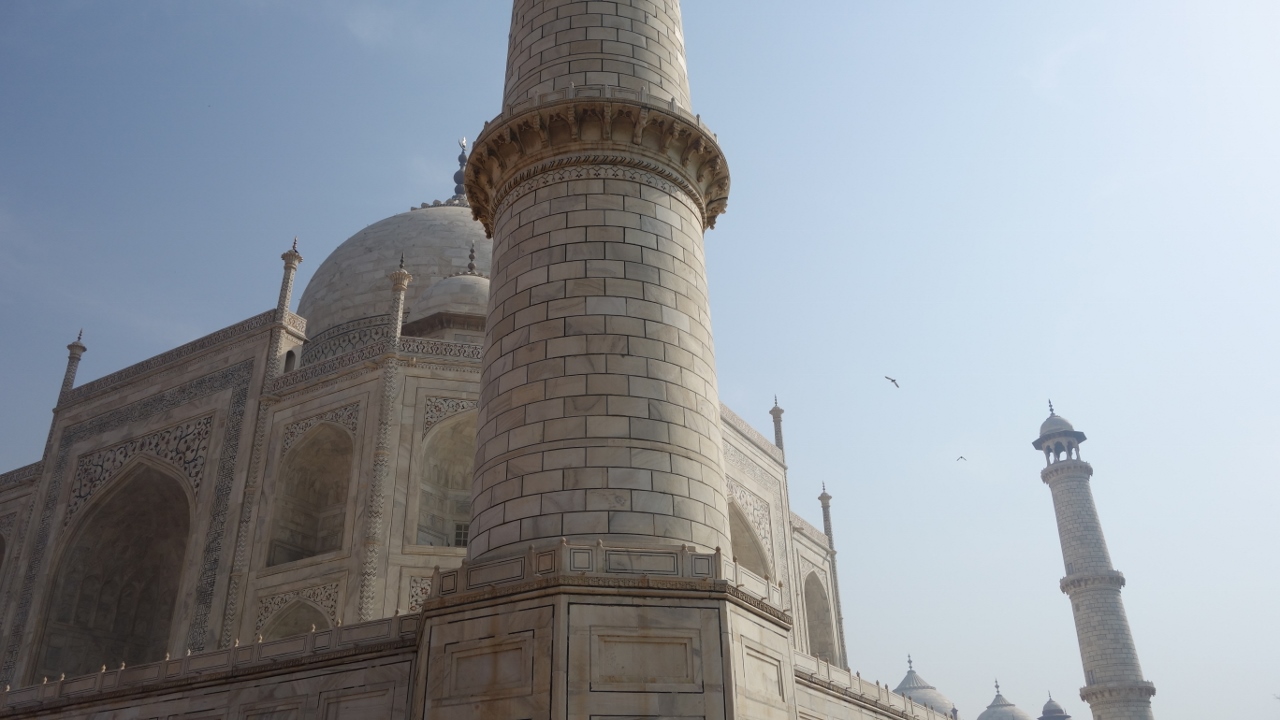 I didn’t want to go to the Taj Mahal.

I figured I’d seen it – in books and movies, on tourism posters, again and again.

In DeLillo’s White Noise, there’s this trope about “America’s Most Photographed Barn,” which is a completely unremarkable barn in the Midwest that becomes famous for the stream of tourists who are always there taking pictures of it. And of course, that reputation leads to still more tourism, and more photos, etc.

I thought that the Taj Mahal’s fame was probably developed along the same lines, and that it wouldn’t be very interesting beyond its status as India’s Most Photographed Monument. This was in addition to the commute it would take to get there: 3 hours on a train, each way, to Agra and back from Dehli… which by all reports was not even interesting enough (Agra wasn’t) to spend the night in, so we’d be making a day trip out of it. This was at the end of our stay in India. We were all half sick. I had this sort of tired sensibility that our time could be spent in better, or at least more restorative, ways.

I was really, really wrong. The Taj Mahal is amazing and its reputation is totally, completely earned.

For those who don’t know: the Taj is a mausoleum, built by some emperor (what do you think this is, Wikipedia?) as a resting place for his dead 3rd wife. The story goes that he’d planned to build another one, identical but made from black marble, just across the river as his own tomb. But he never got around to it.

So here’s what happens, and why it’s absolutely worth going: After you’ve paid your money (around $12), entered the grounds, donned your fashion-forward (and mandatory) temple booties, and walked through the gates at the far end of the Taj’s lawn, you will be struck dumb. It is enormous. It is beautiful. From the gates, when it first came into view, I was hit by the unreality of it: it actually does look like a picture, even in person — and that, best I can figure, is because of its scope. It differs from, for example, the Empire State Building, which is surrounded by similarly-sized structures that lend some sense of scale. The Taj is the only thing around. It dominates the skyline. It’s so big, so detailed, and so far away, that it takes on the same kind of perspectival haze as a mountain range. On first glance, it registers as more of a really good projection than a real object.

As we approached the building itself, with Vince humming the Jurrasic Park theme over my shoulder, it only became more impressive. The outside is ornately carved and inlaid, the marble is gorgeous, and the construction is impeccable – especially considering the very limited technology with which it was built.

And now, because we all want to get to the pictures, here are some highlights in bullet form:

-We took the obligatory tourist-pose photos, but were too cynical to get it right. (See below.)
-We met a lovely Swiss lady by the name of Vanessa, who changed all of our lives forever with her beauty, charm, and wit.[1]
-We also visited the Red Fort, because we were told our Taj tickets would grant us free entrance. (They didn’t.)
-At the Red Fort, while she was in the middle of a speech about keeping our belongings out of the reach of monkeys, Vanessa had an orange stolen from her bag by a monkey.
-I liked my temple booties, and wore them for way too long after we’d left the Taj grounds. This led strangers to think I was maybe a bit simple.
-We were also told that our Taj tickets would get us into something called the Mini-Taj, but fuck that. We’d already been burned on the Red Fort admission, and besides, we’d just seen the real thing.

[1] A game we devised, which quickly became one of our favorite things, was to ask a new acquaintance (always female, with limited English) to say, in English, the most offensive and/or disgusting thing she possibly could. This inevitably led to said cute foreign girl spouting out something filthy, while trying not to laugh, which was always amusing. Vanessa came up with a directive so outrageous that it is unrepeatable here. But our collective fondness for her was cemented in that moment.

[Vince’s note: Thank you Sascha for some of these incredible photographs, and thank you architects of the Taj Mahal for making us feel like professional photographers.] 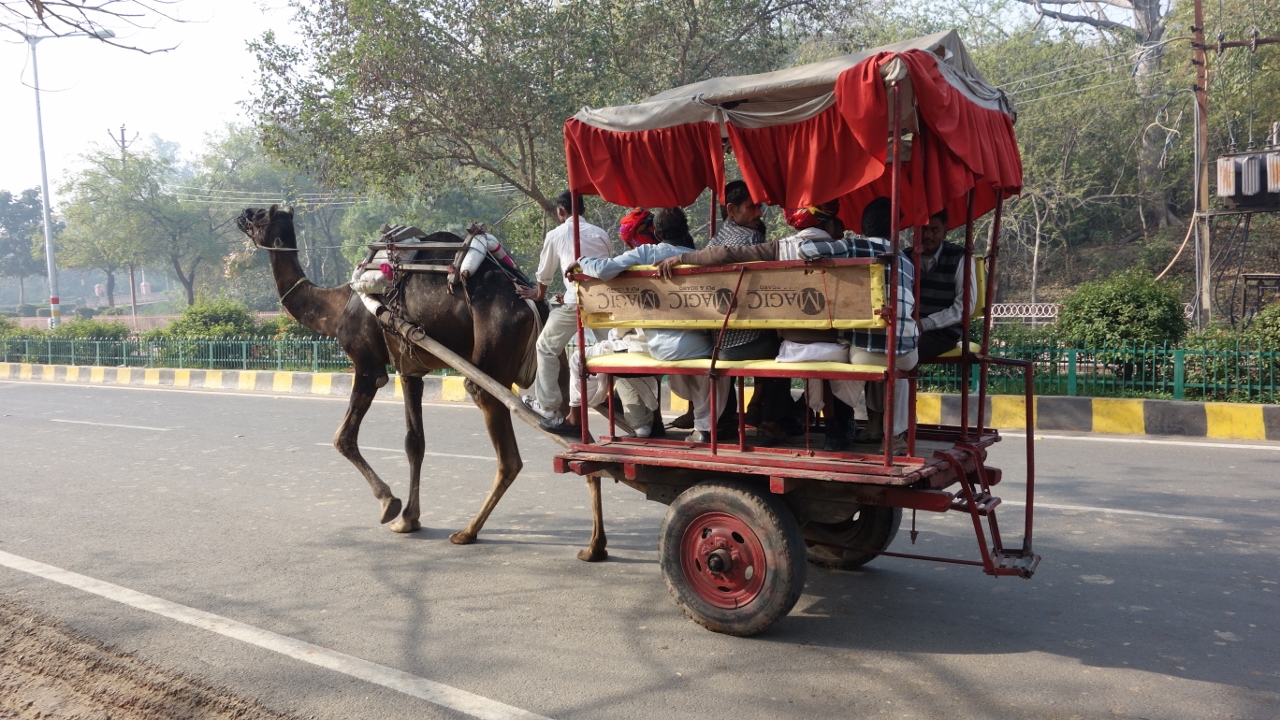 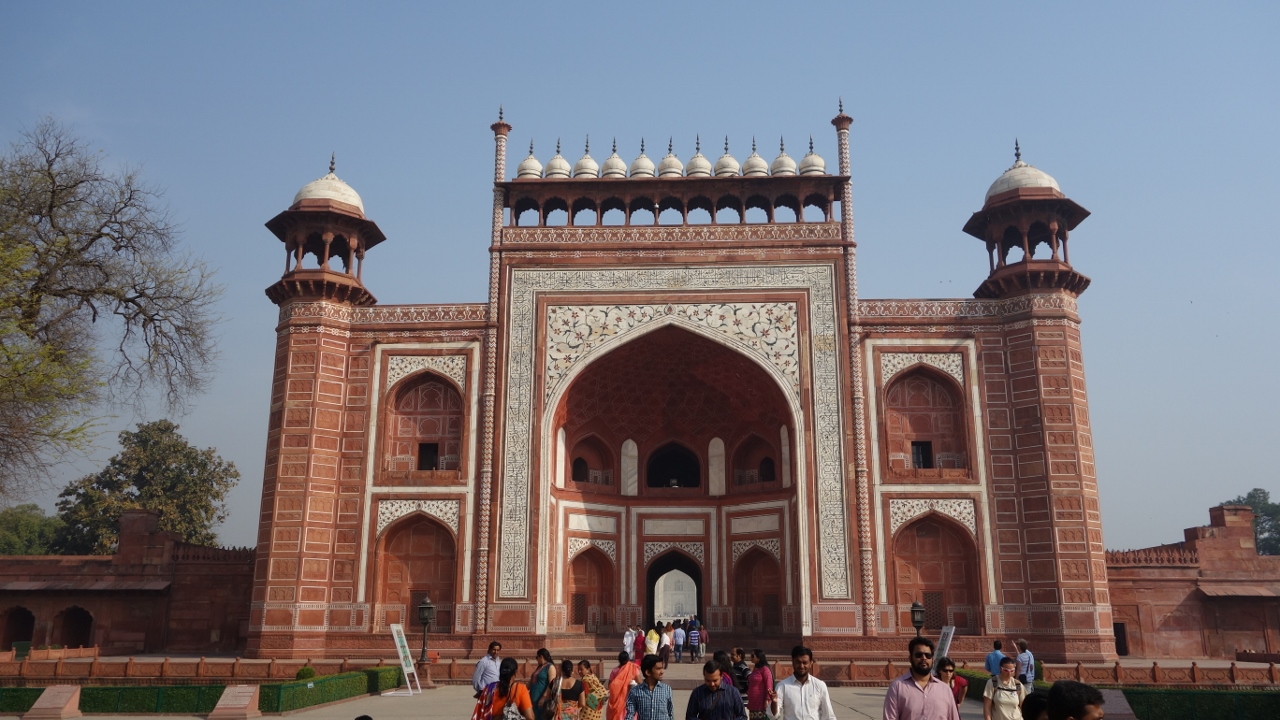 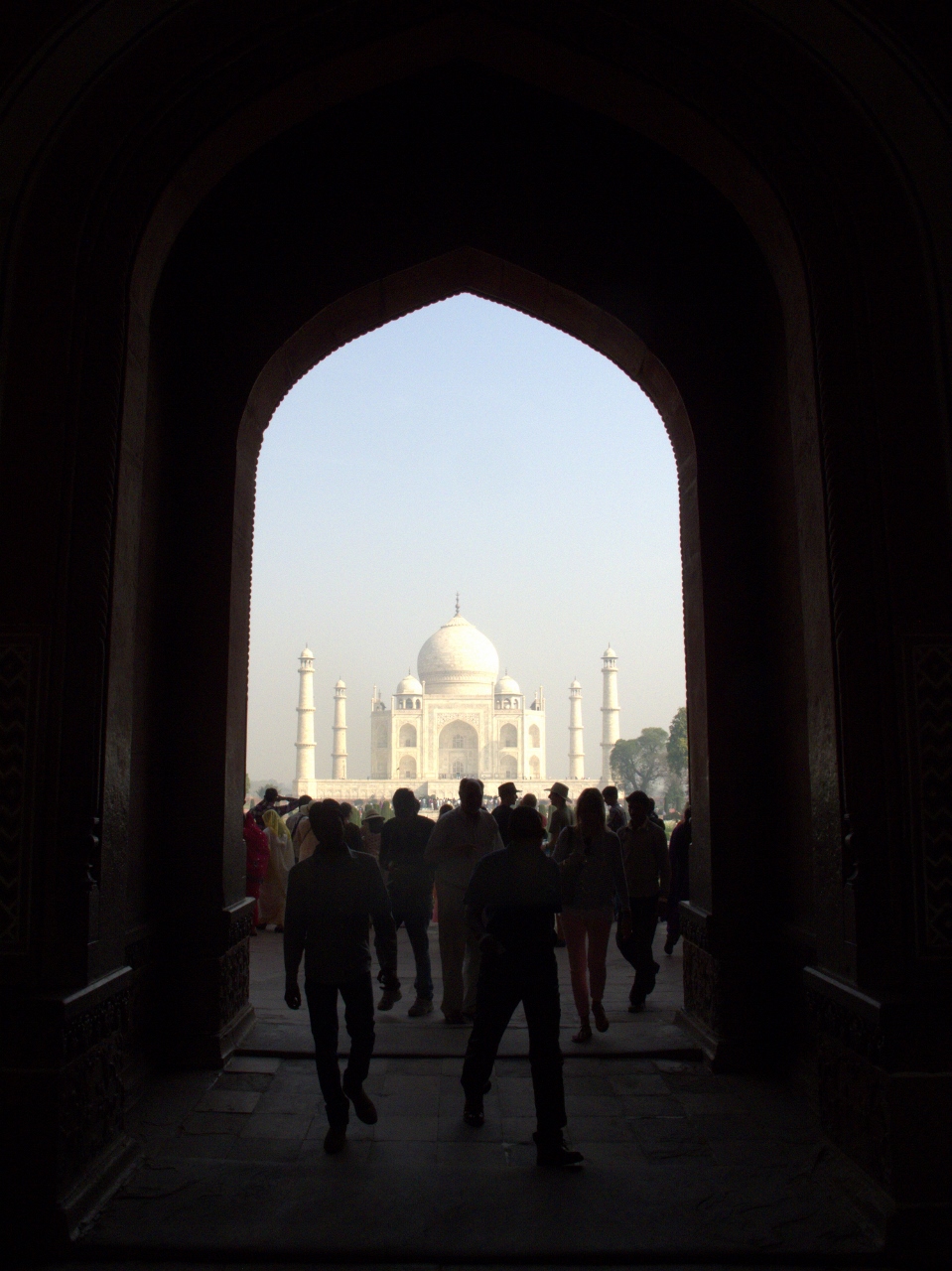 As you enter… (Sascha) 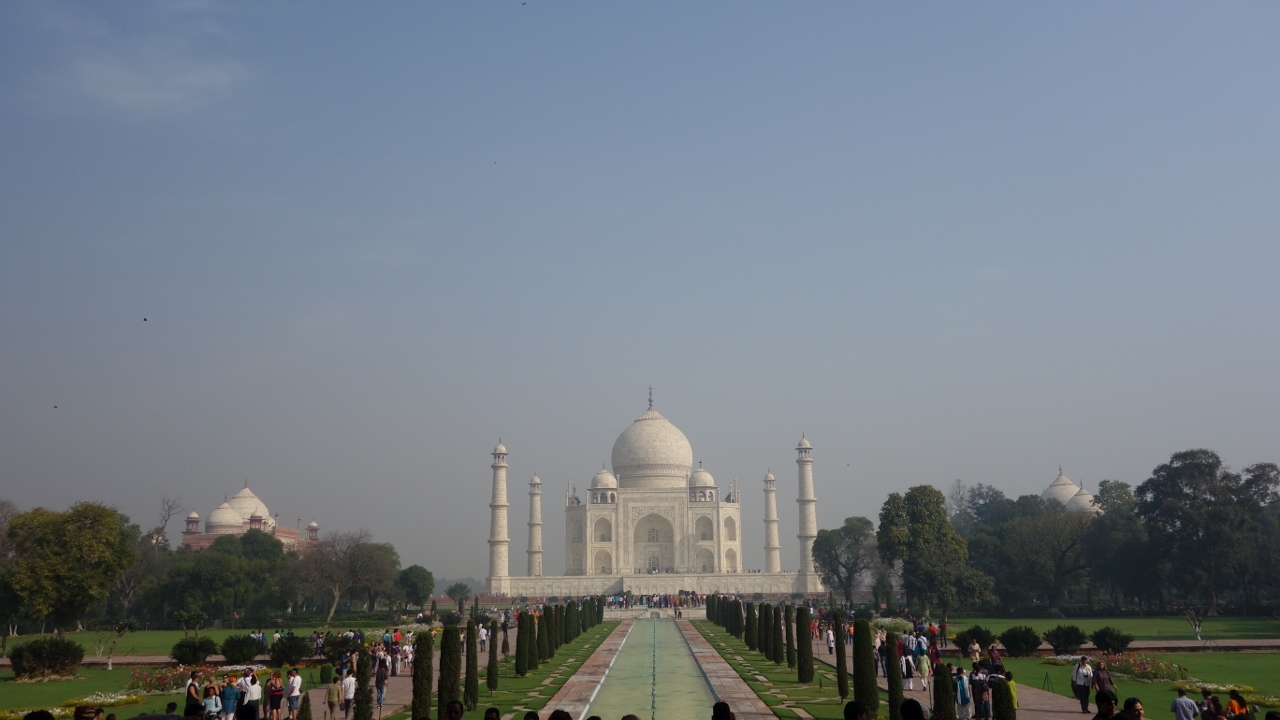 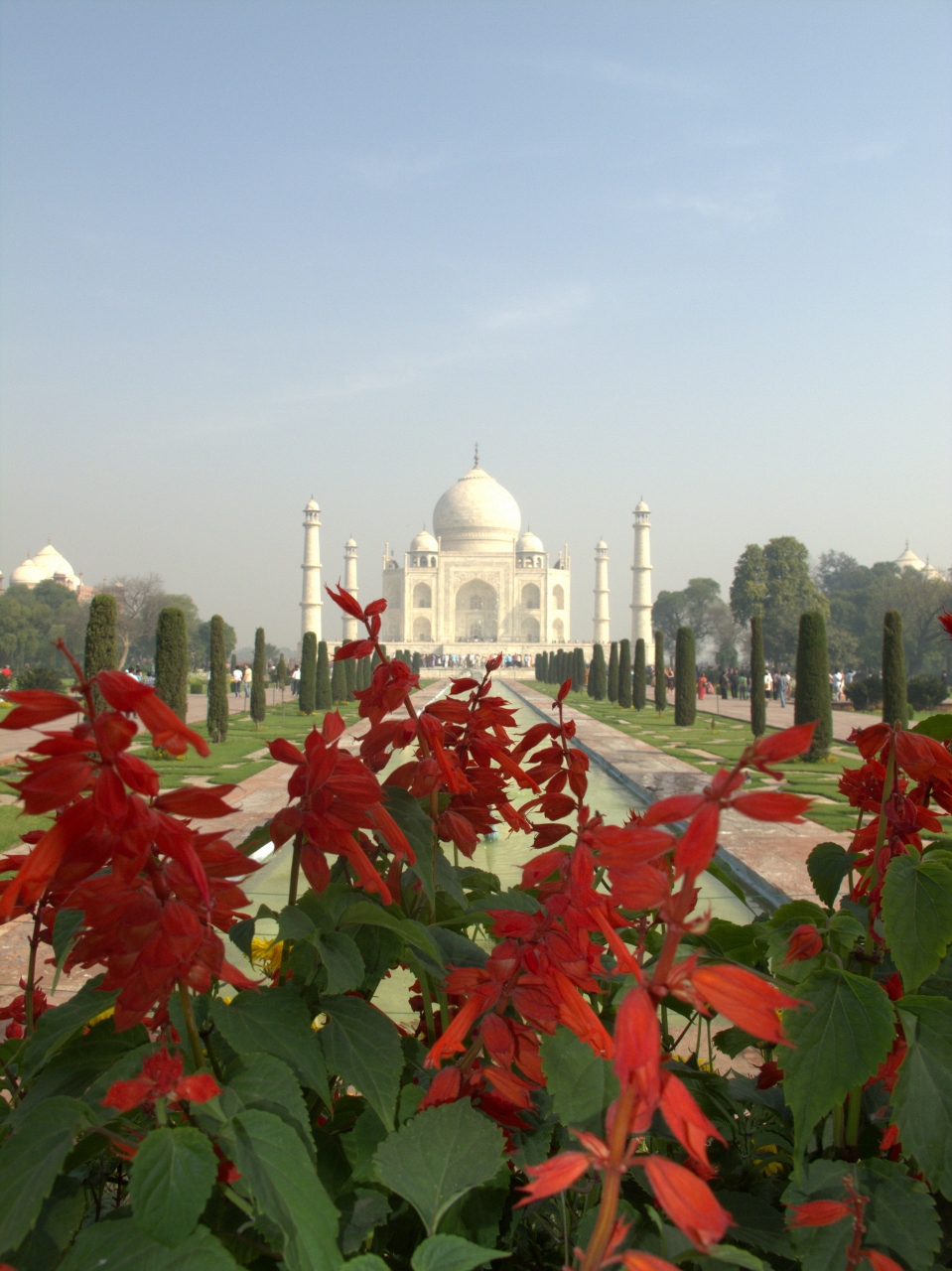 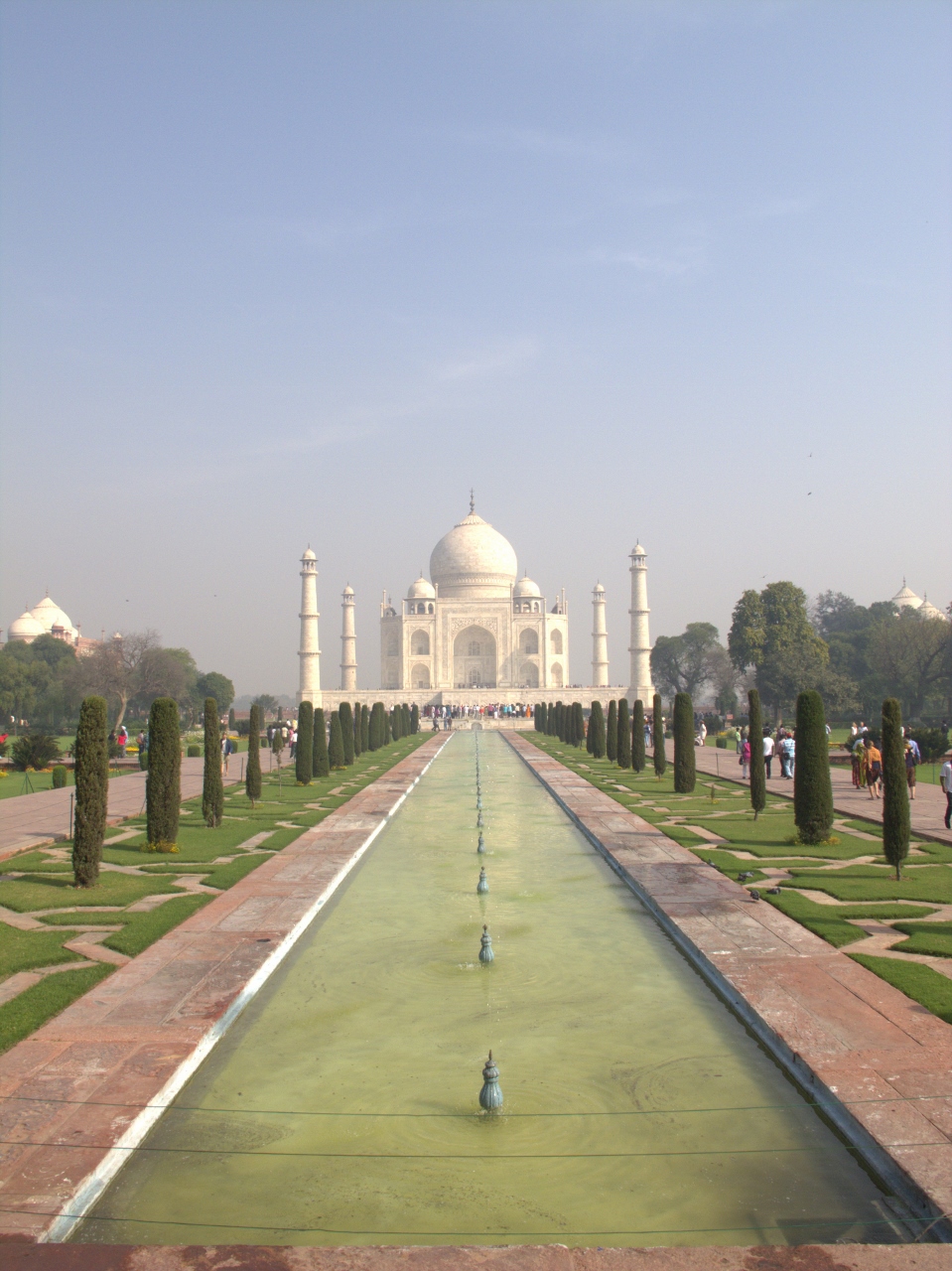 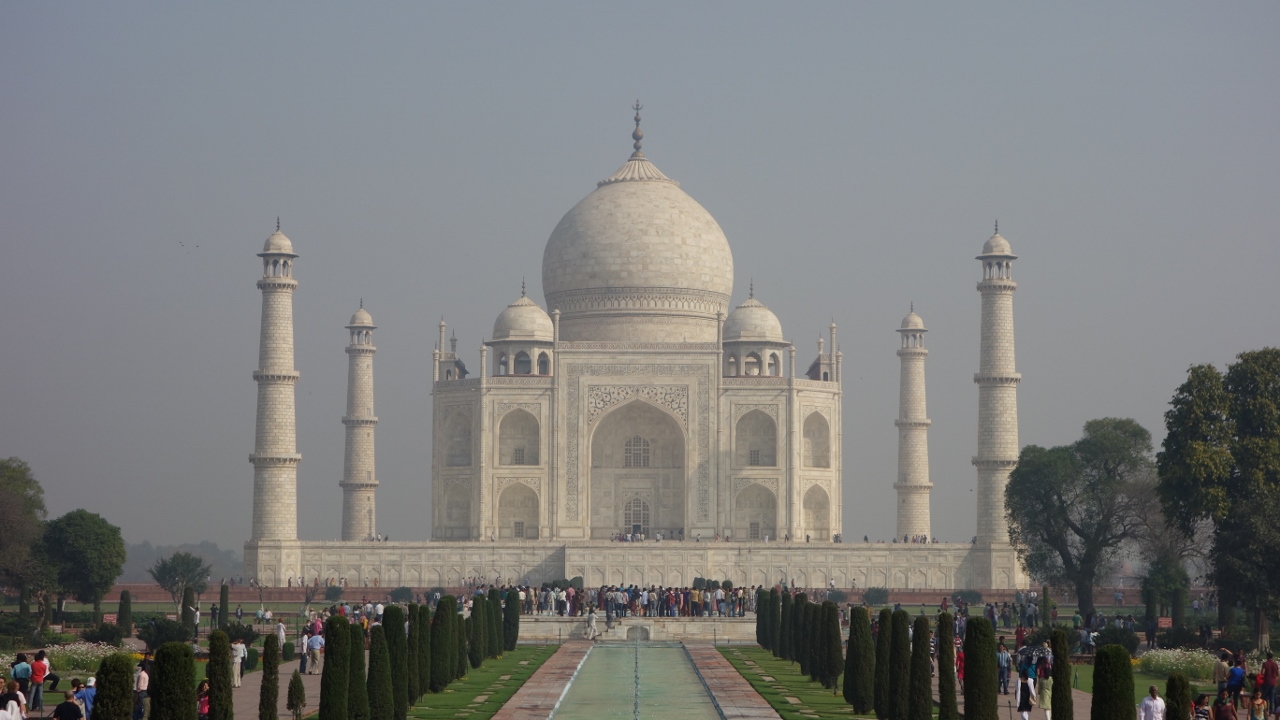 That’s a building right there. 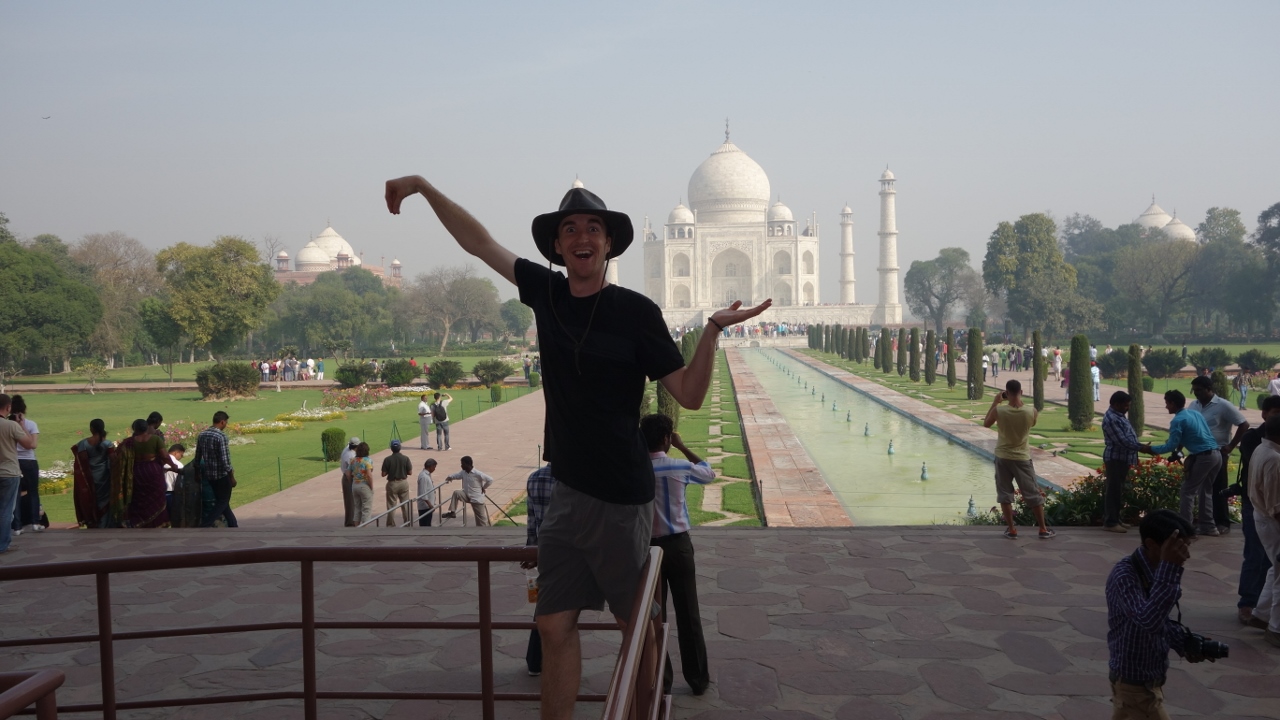 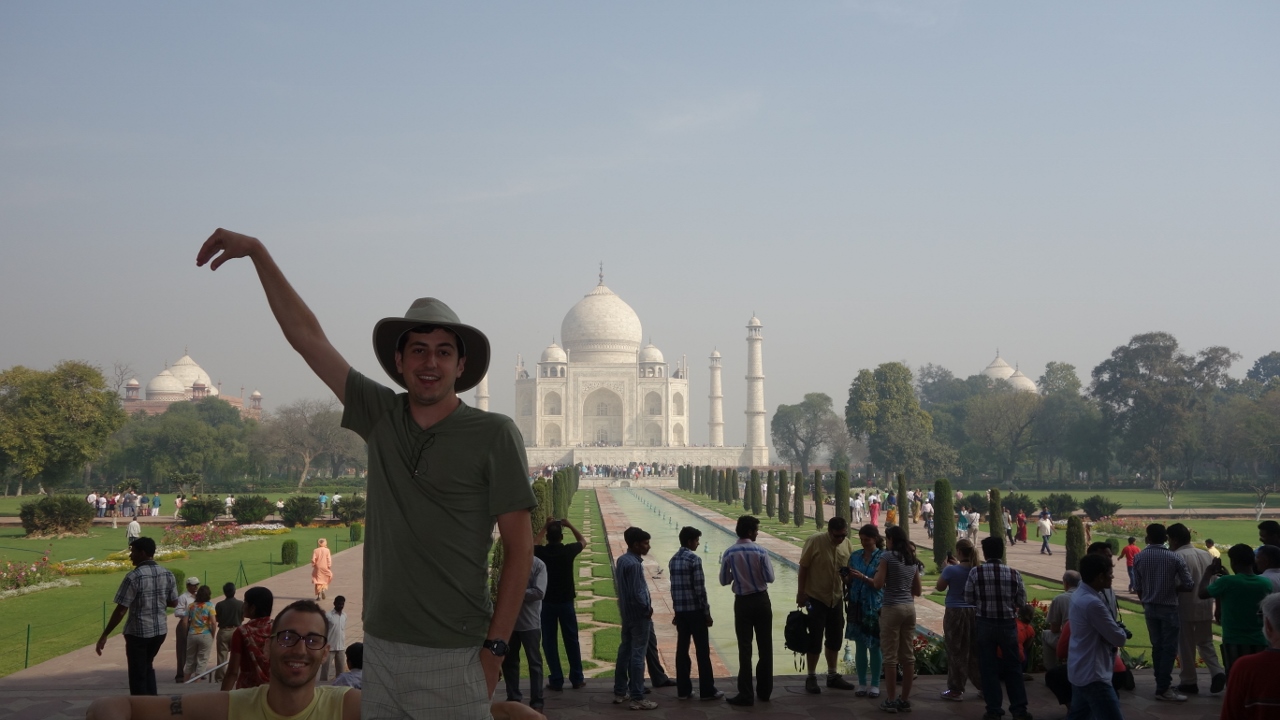 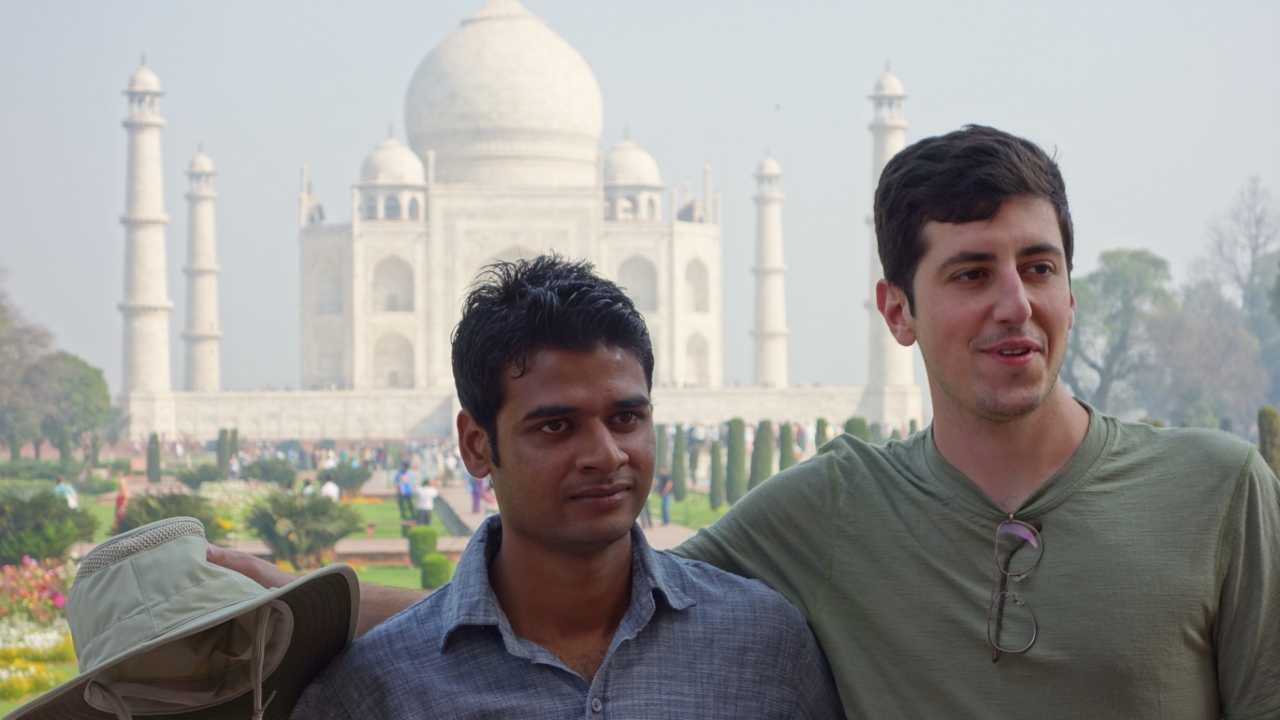 This guy asked to take a picture with Franklin. 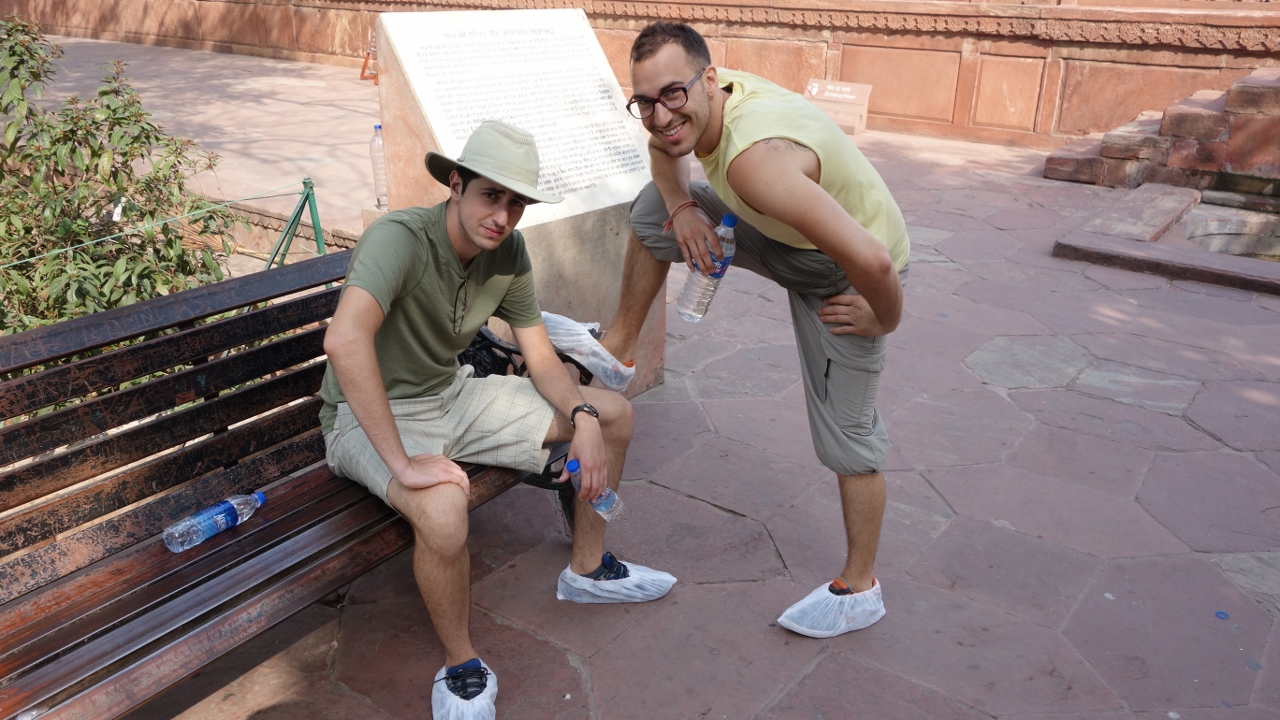 Mandatory shoe-covers. So in right now. Vince got the Jordan ones. 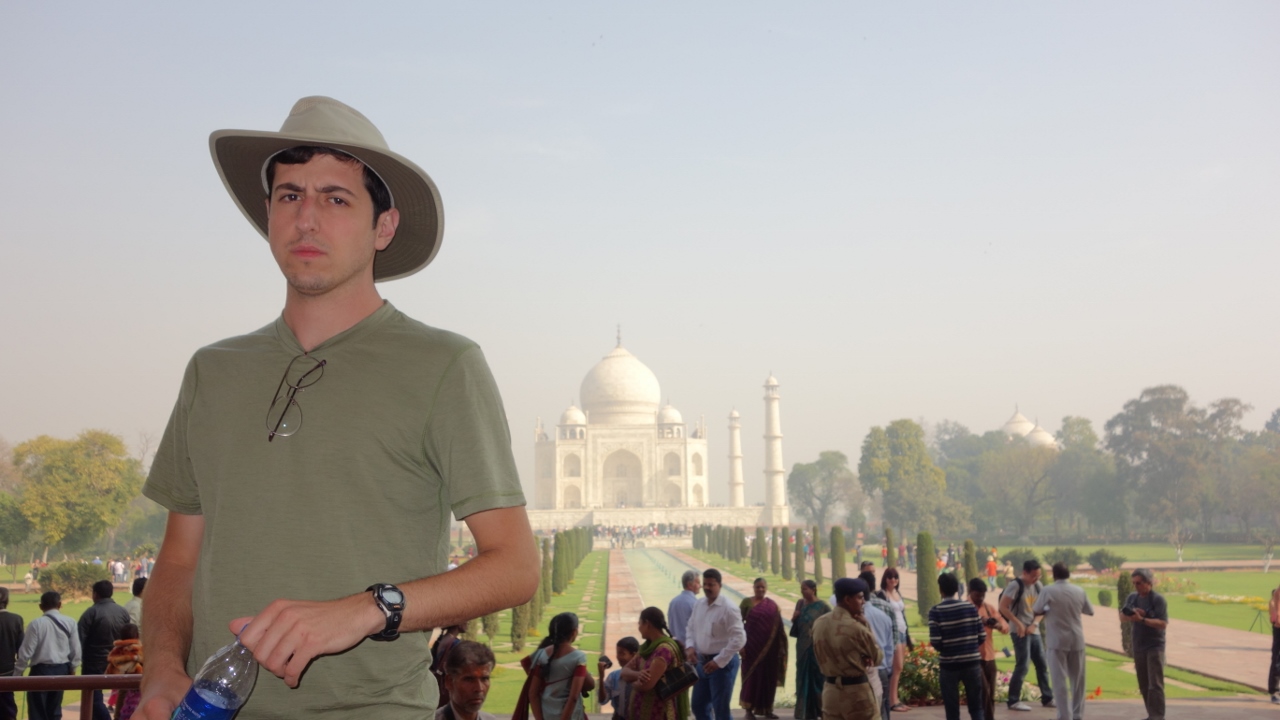 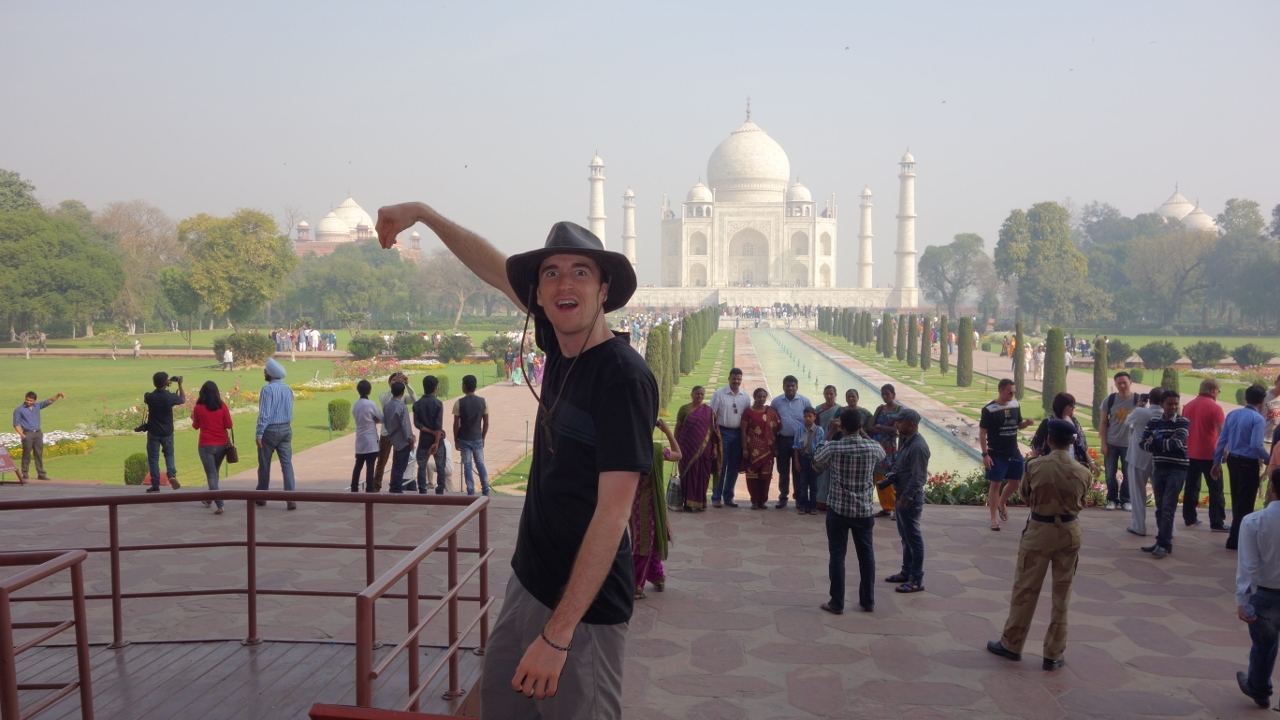 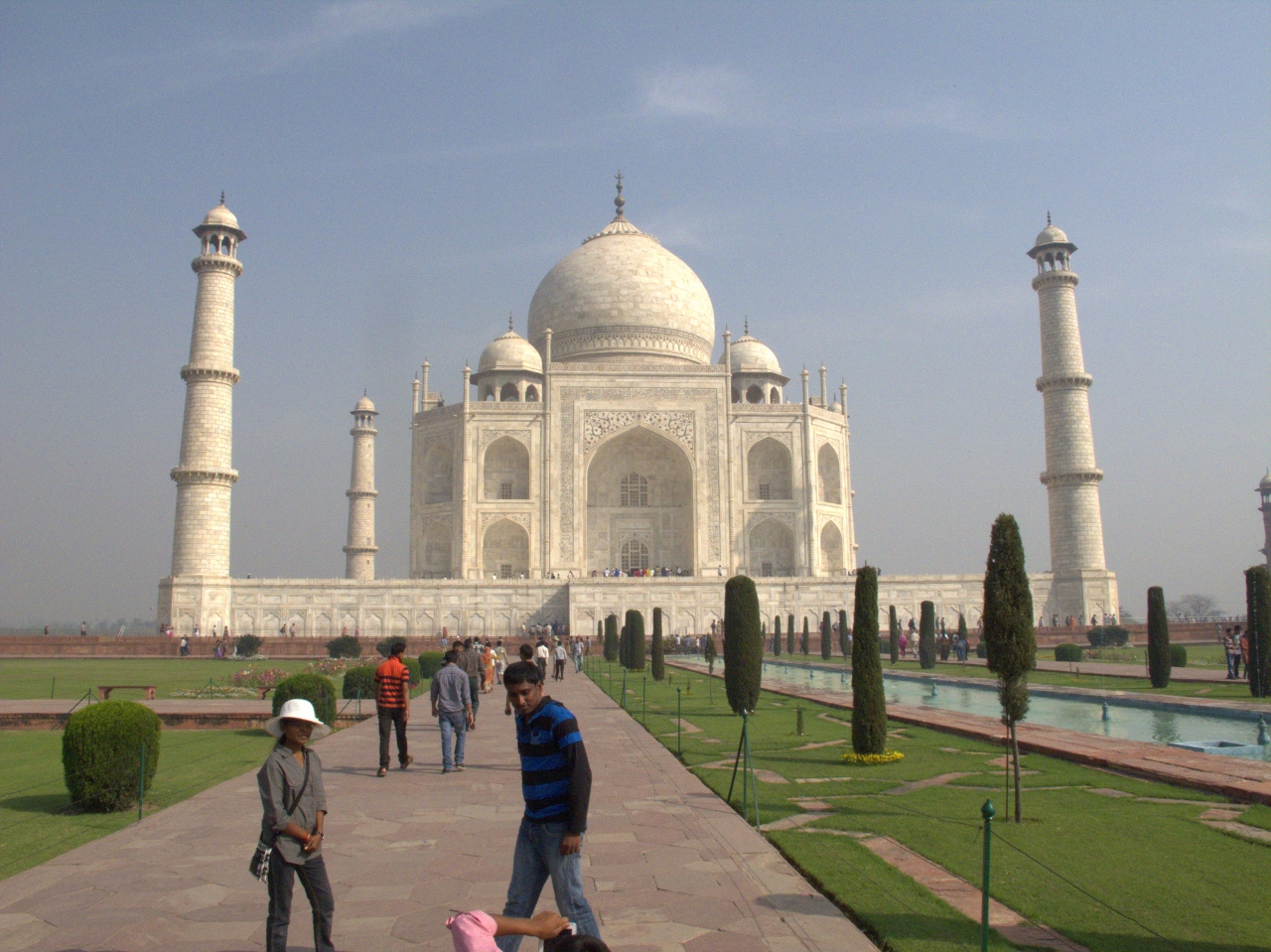 The closer you get the crazier it is. 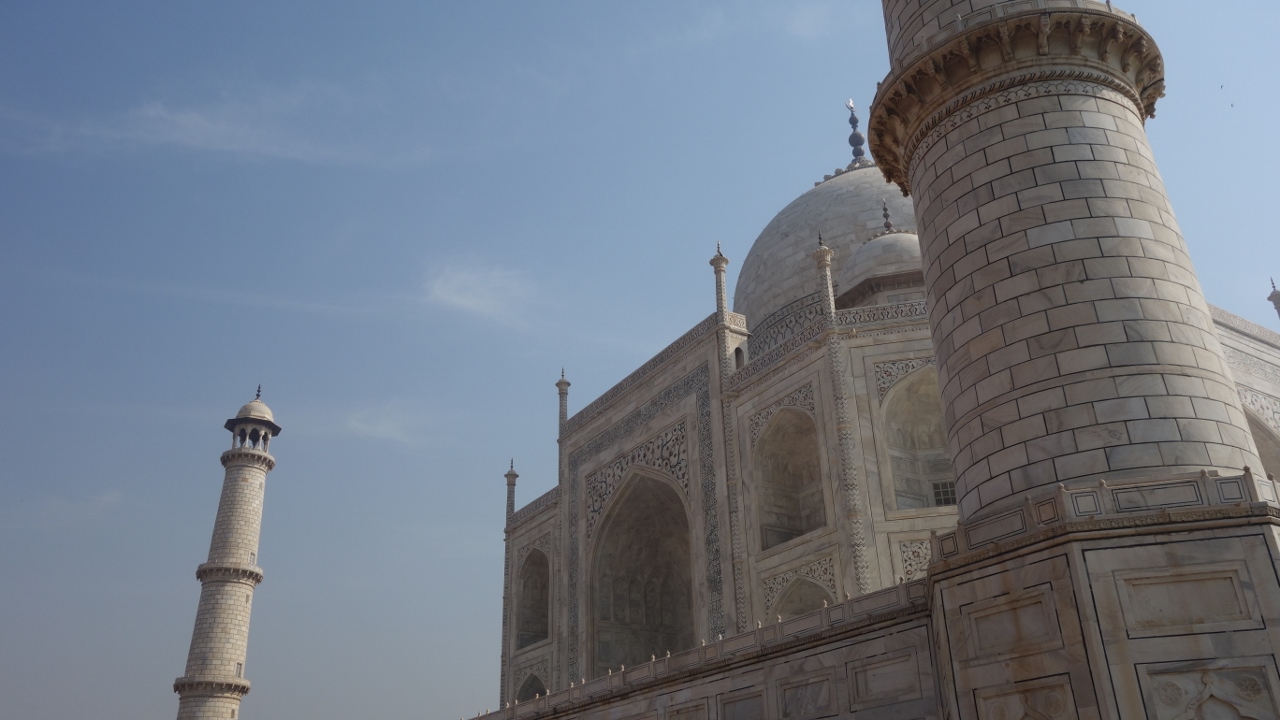 A different angle than usual looks at the Taj. 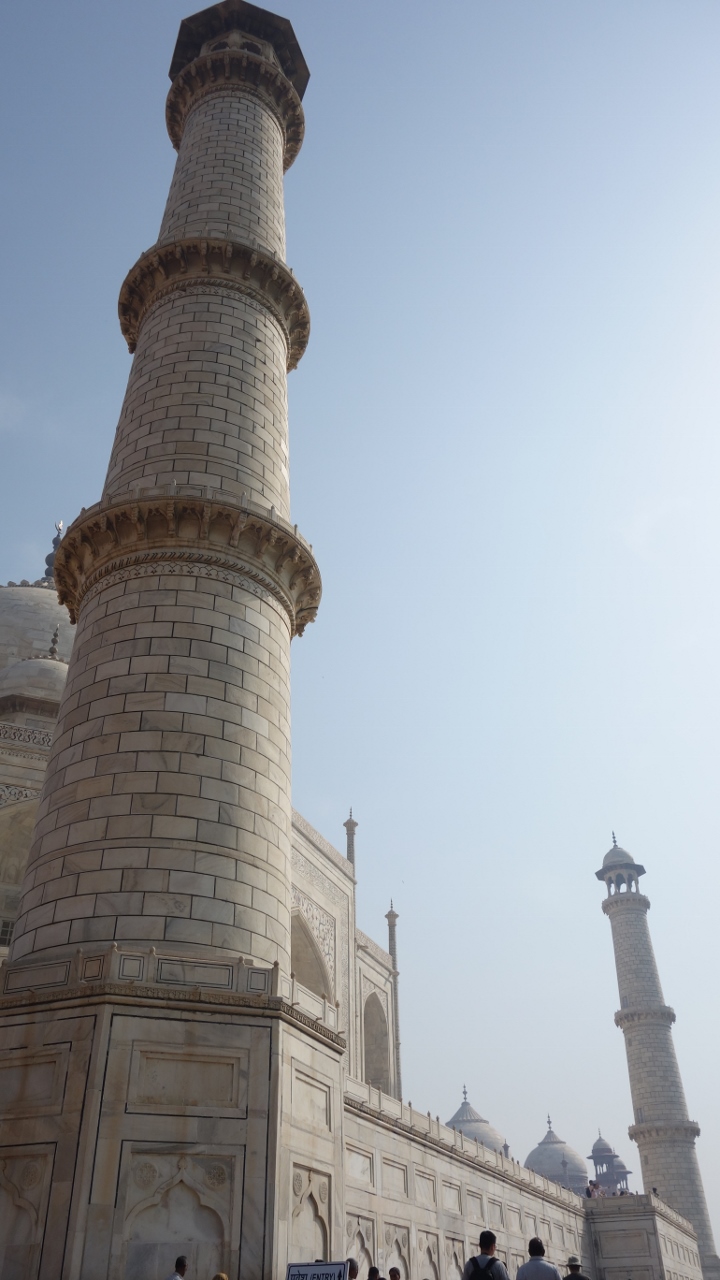 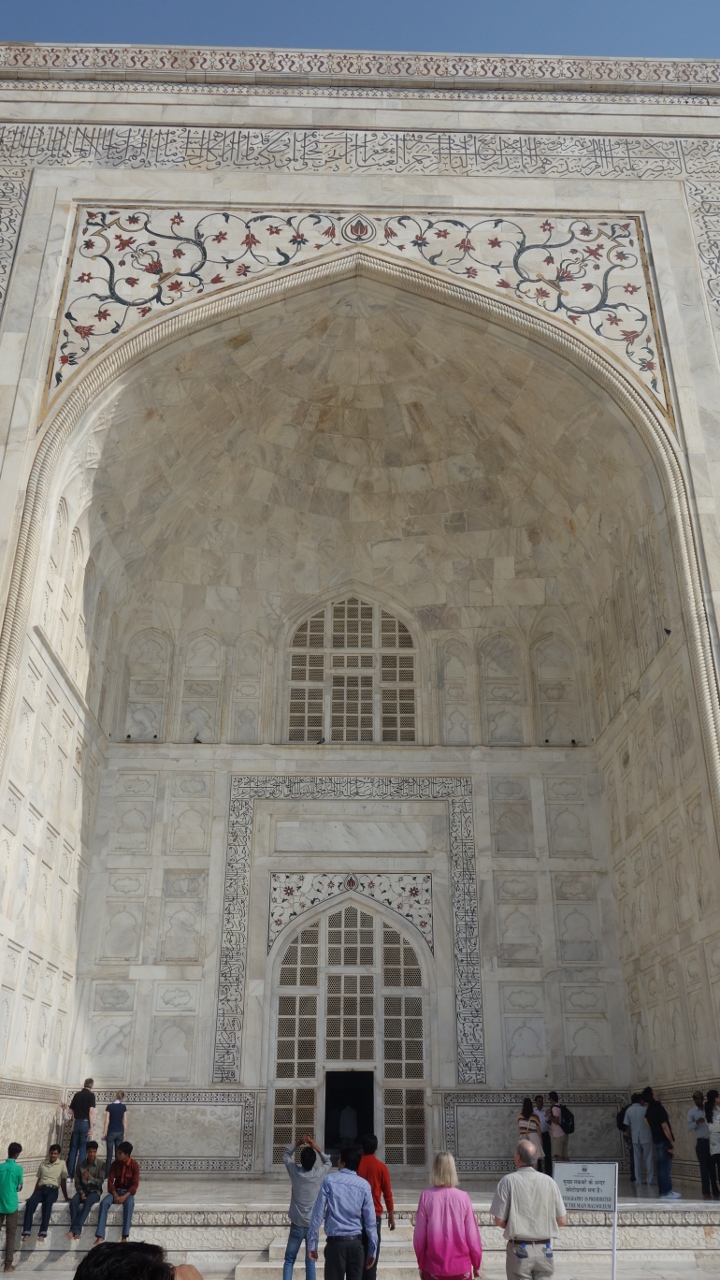 Entry to the Mausoleum. 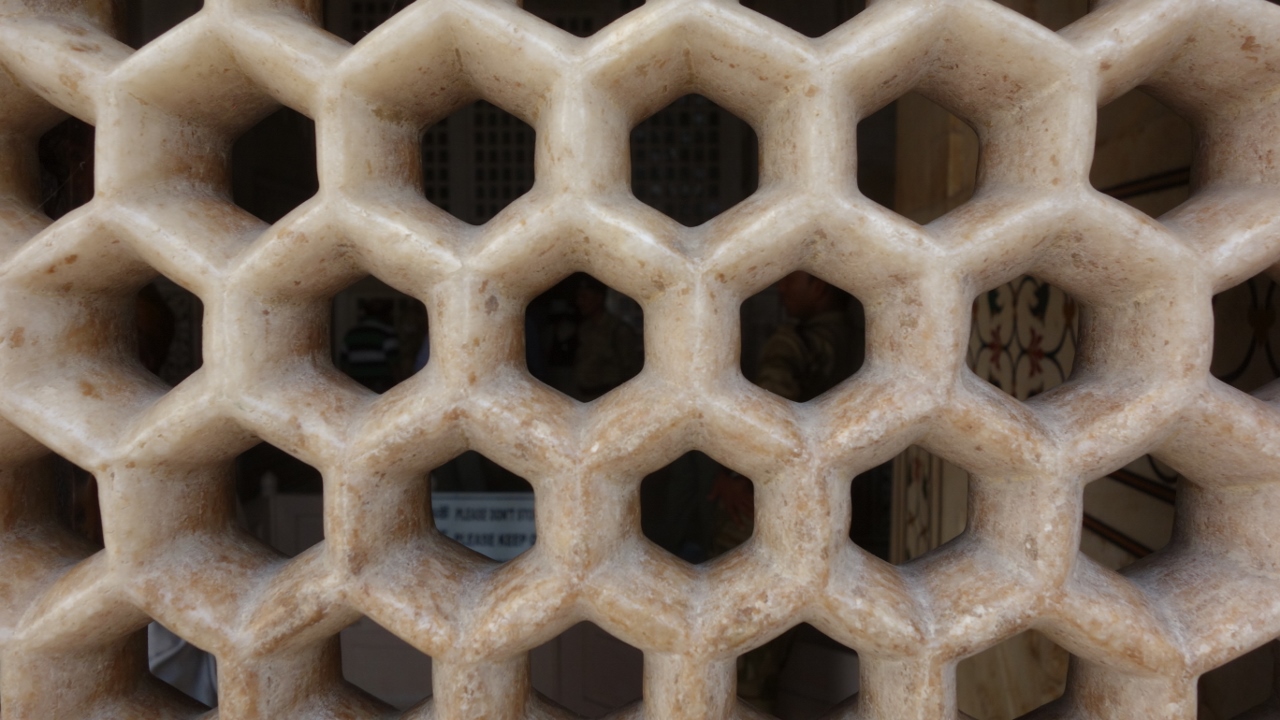 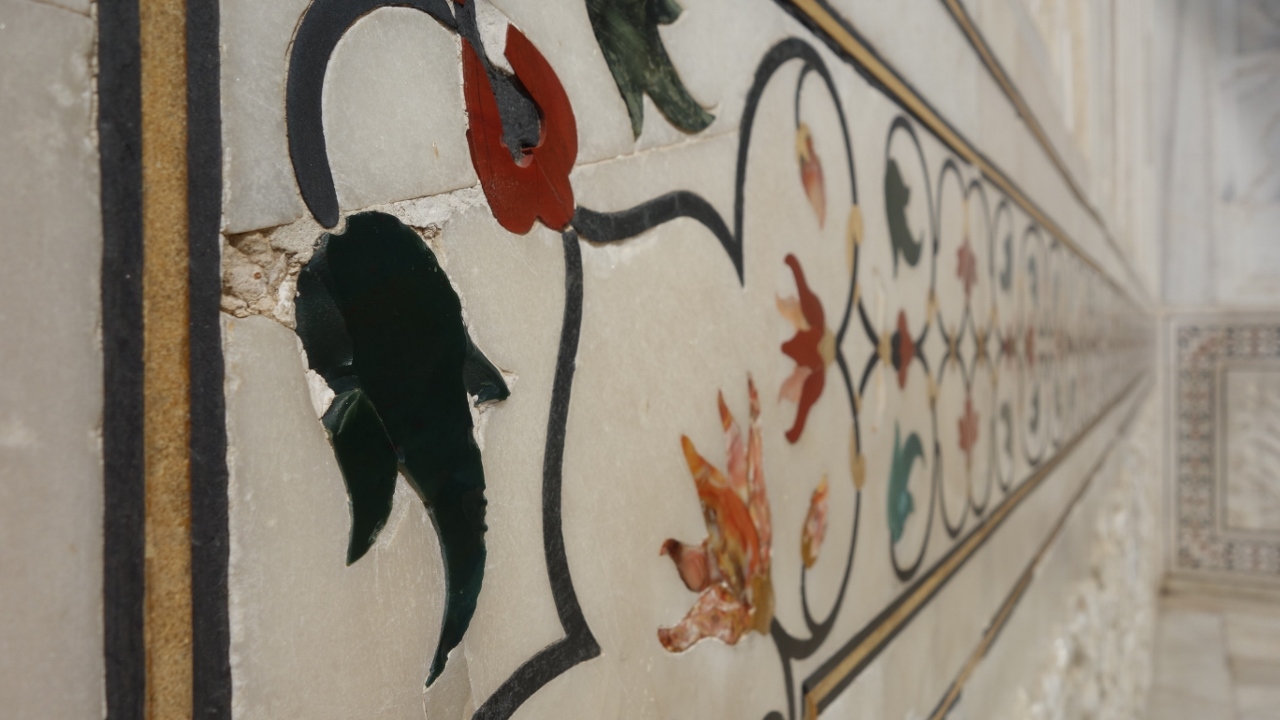 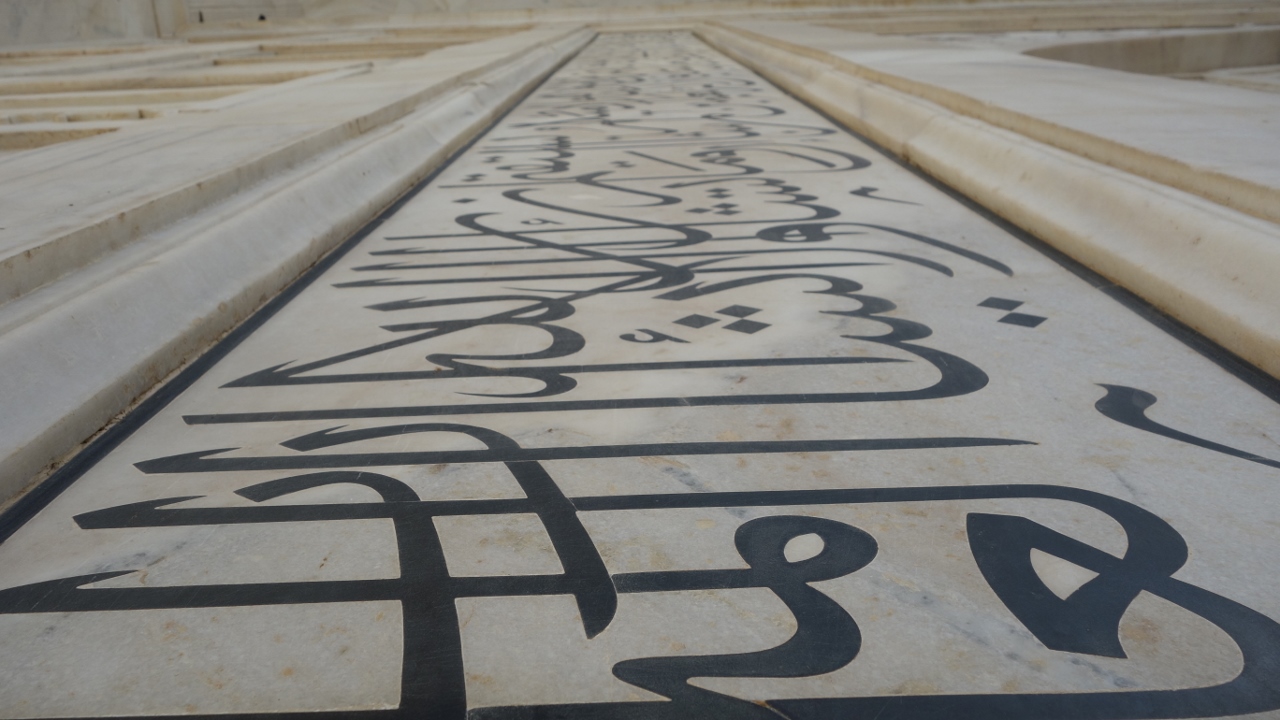 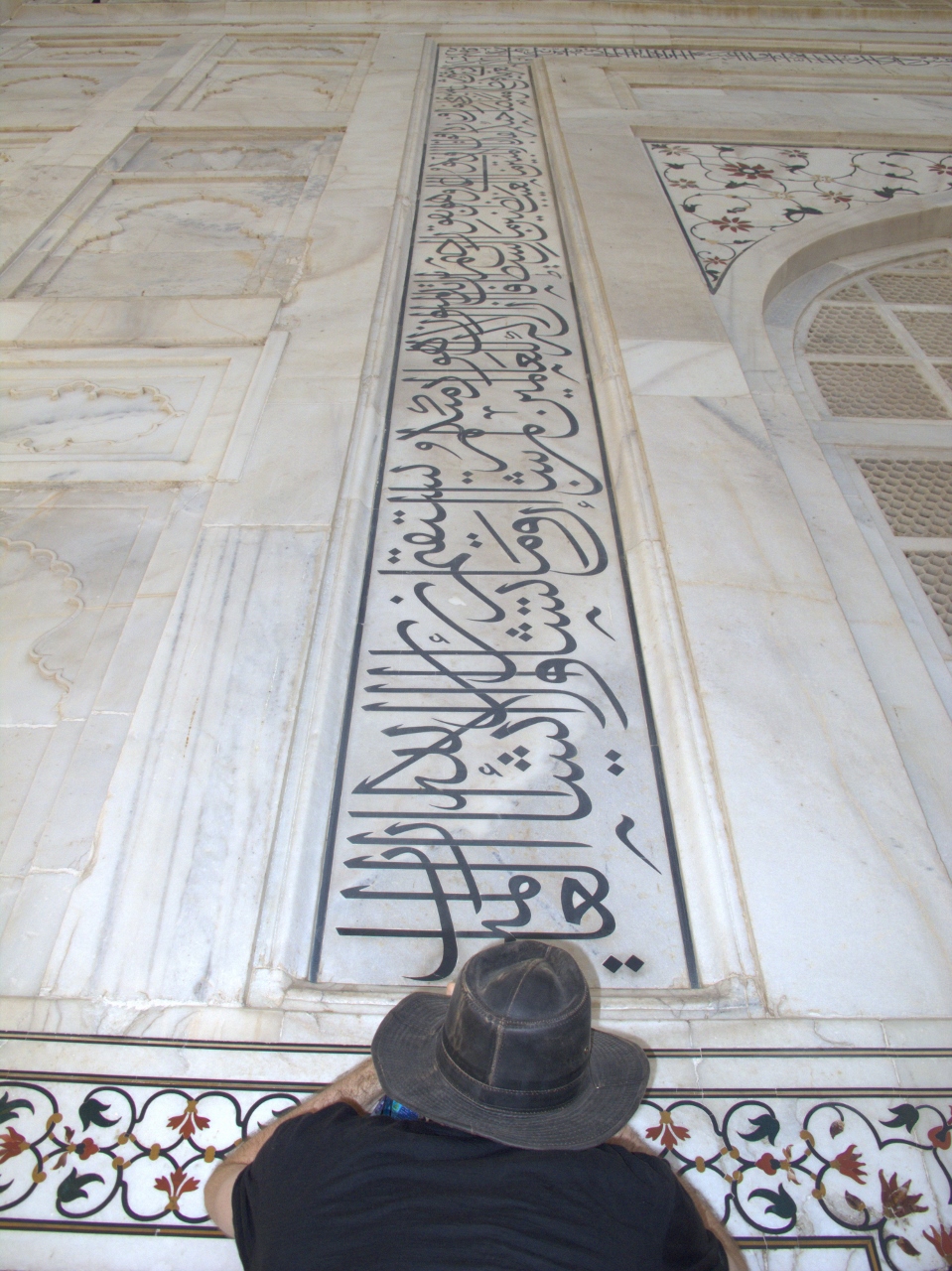 Vince getting up close and personal (Sascha) 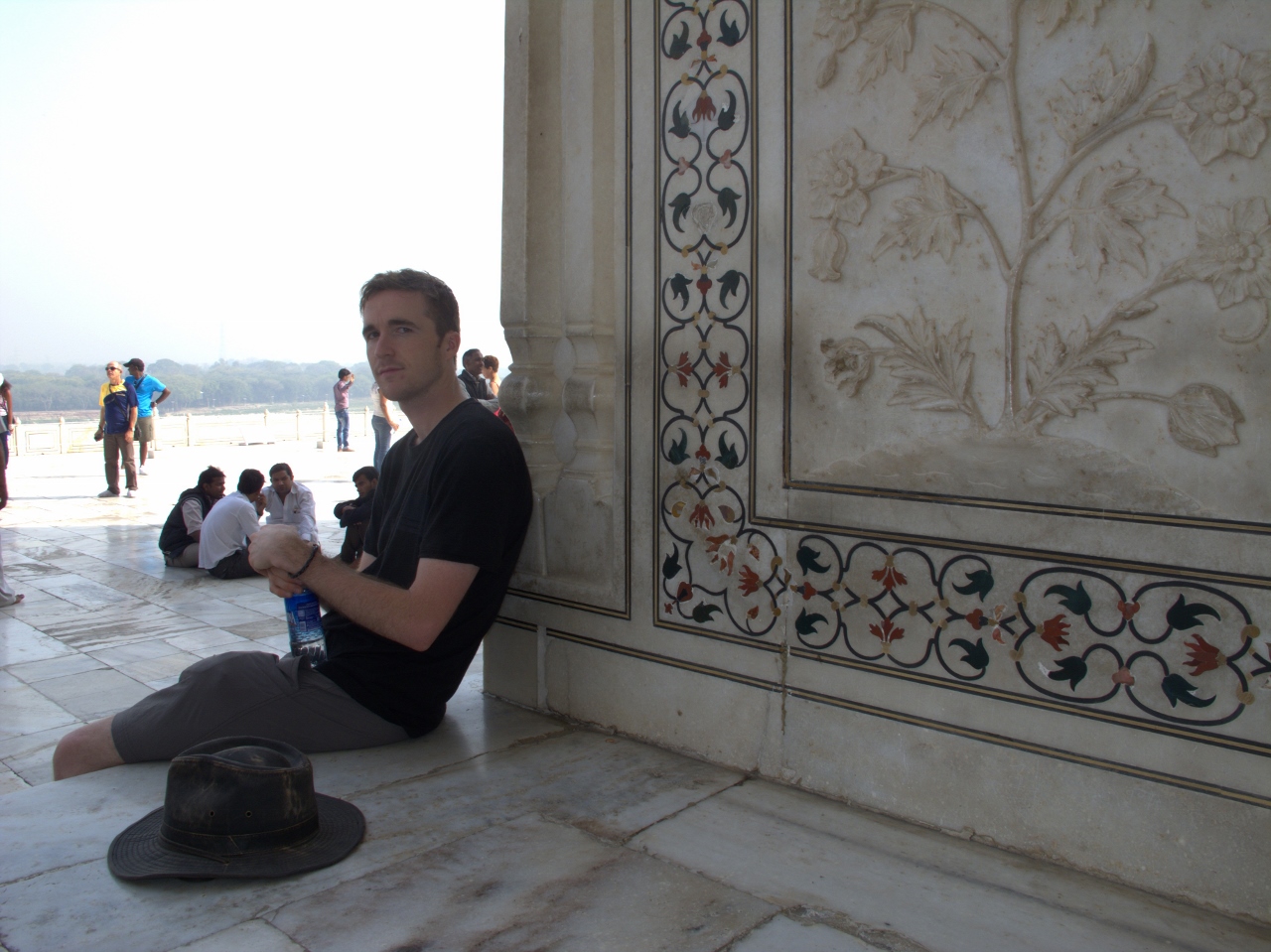 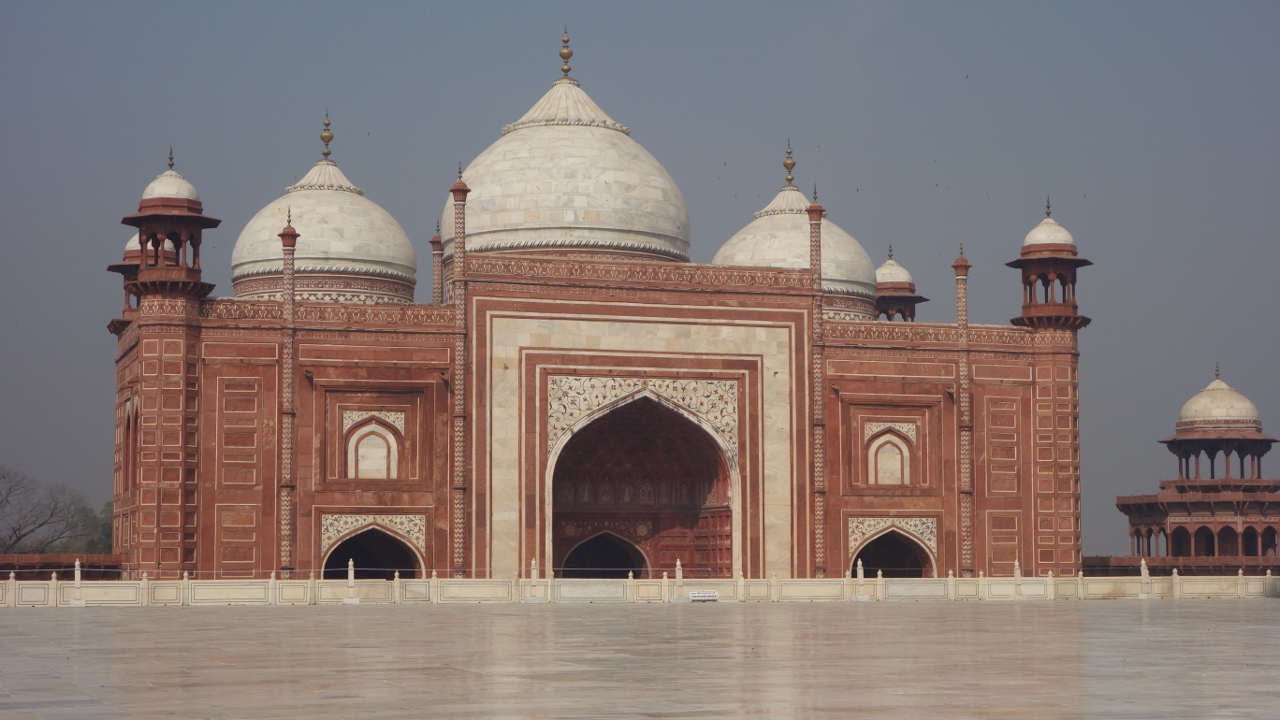 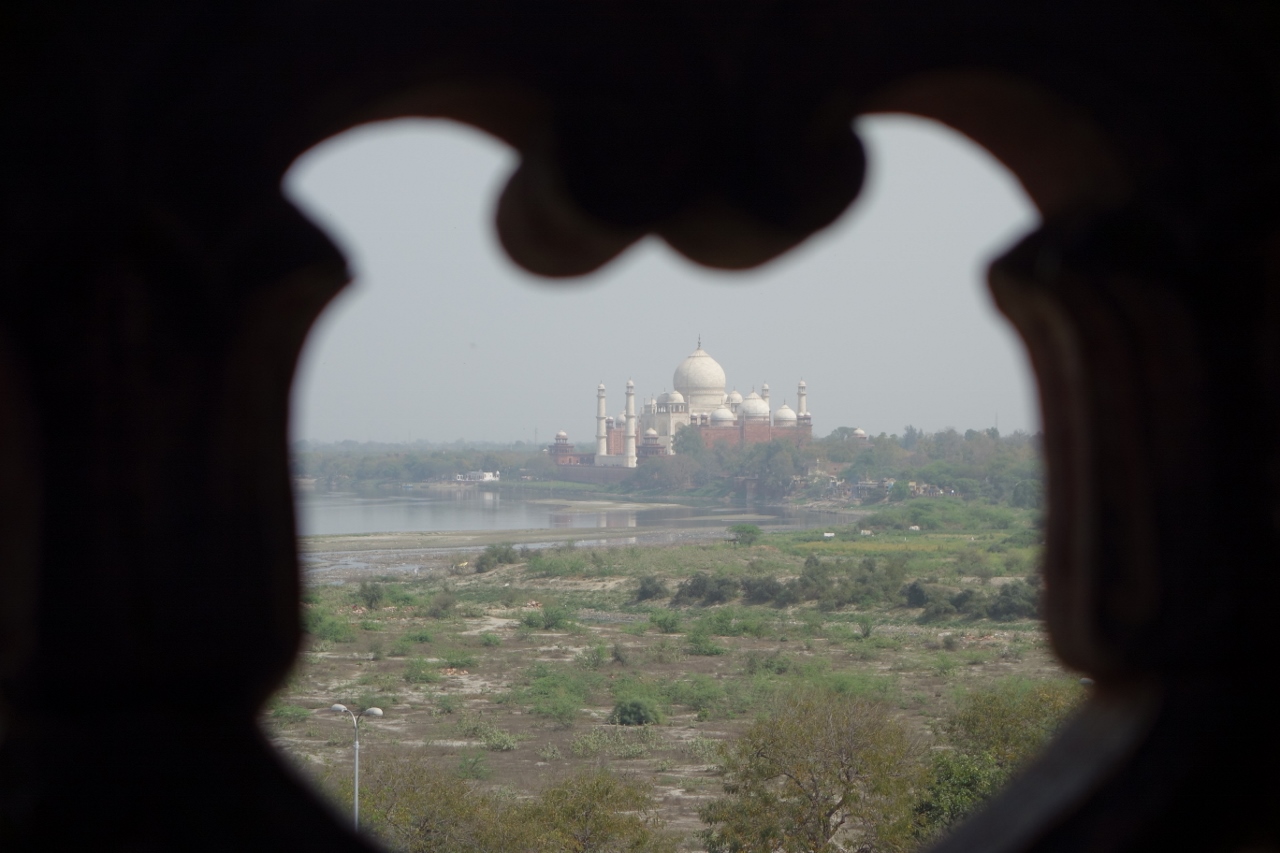 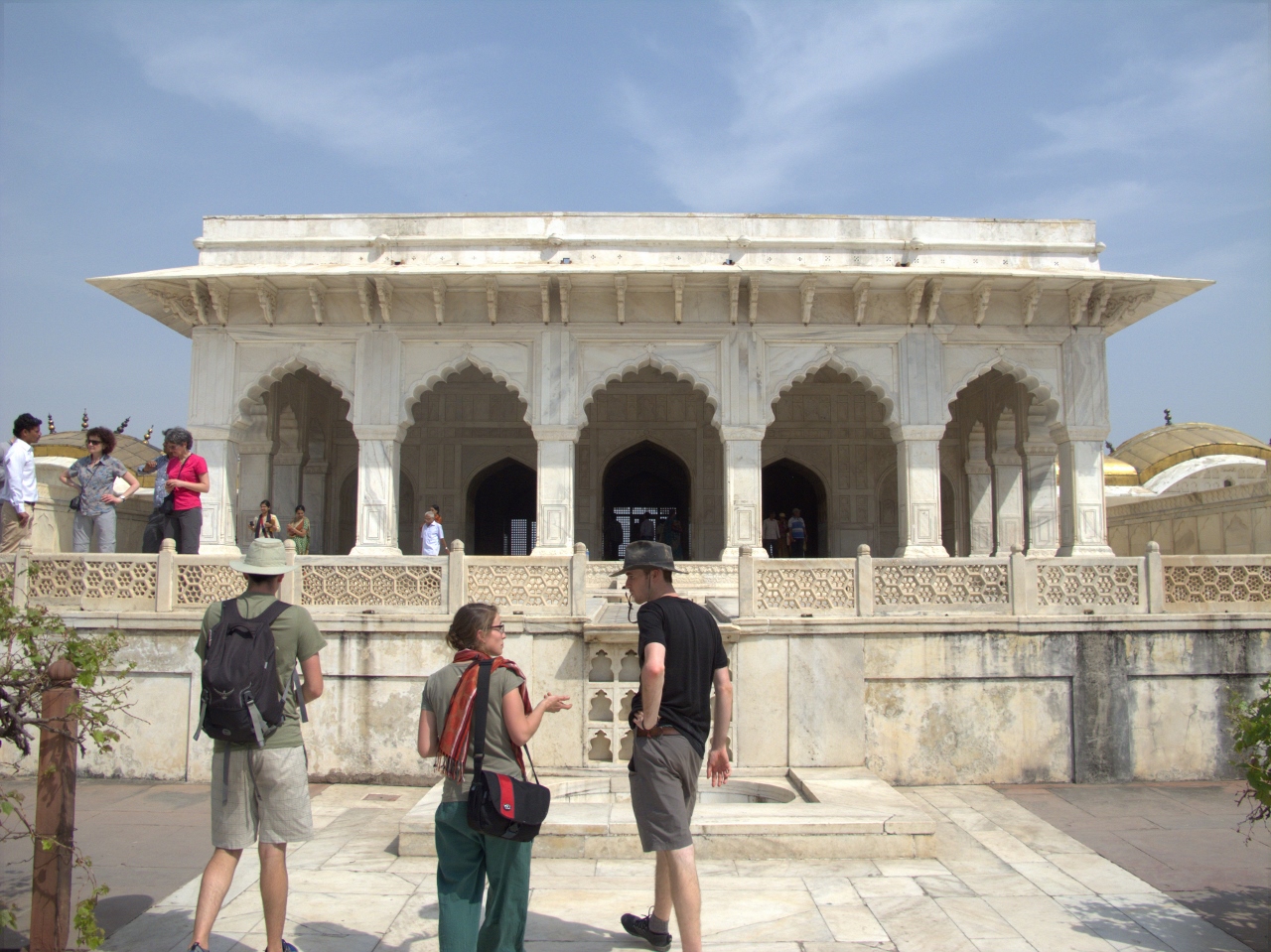 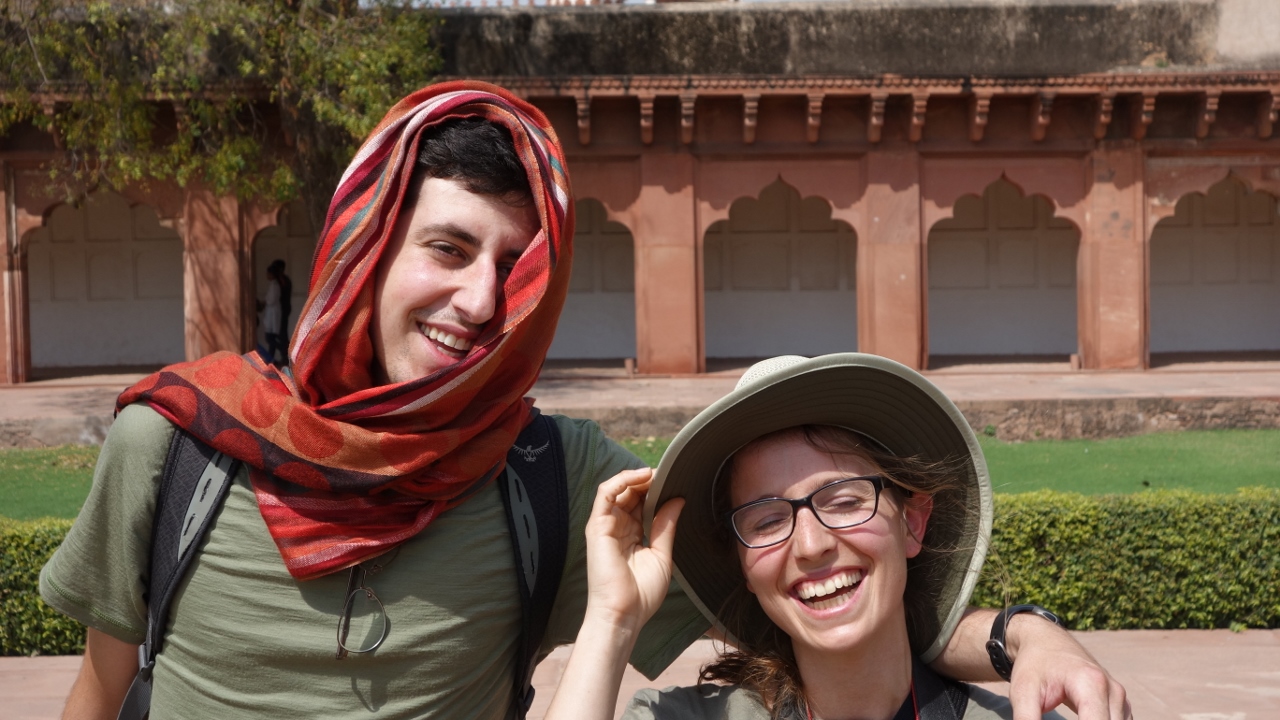 Trying on each other’s headgear… Adorable. 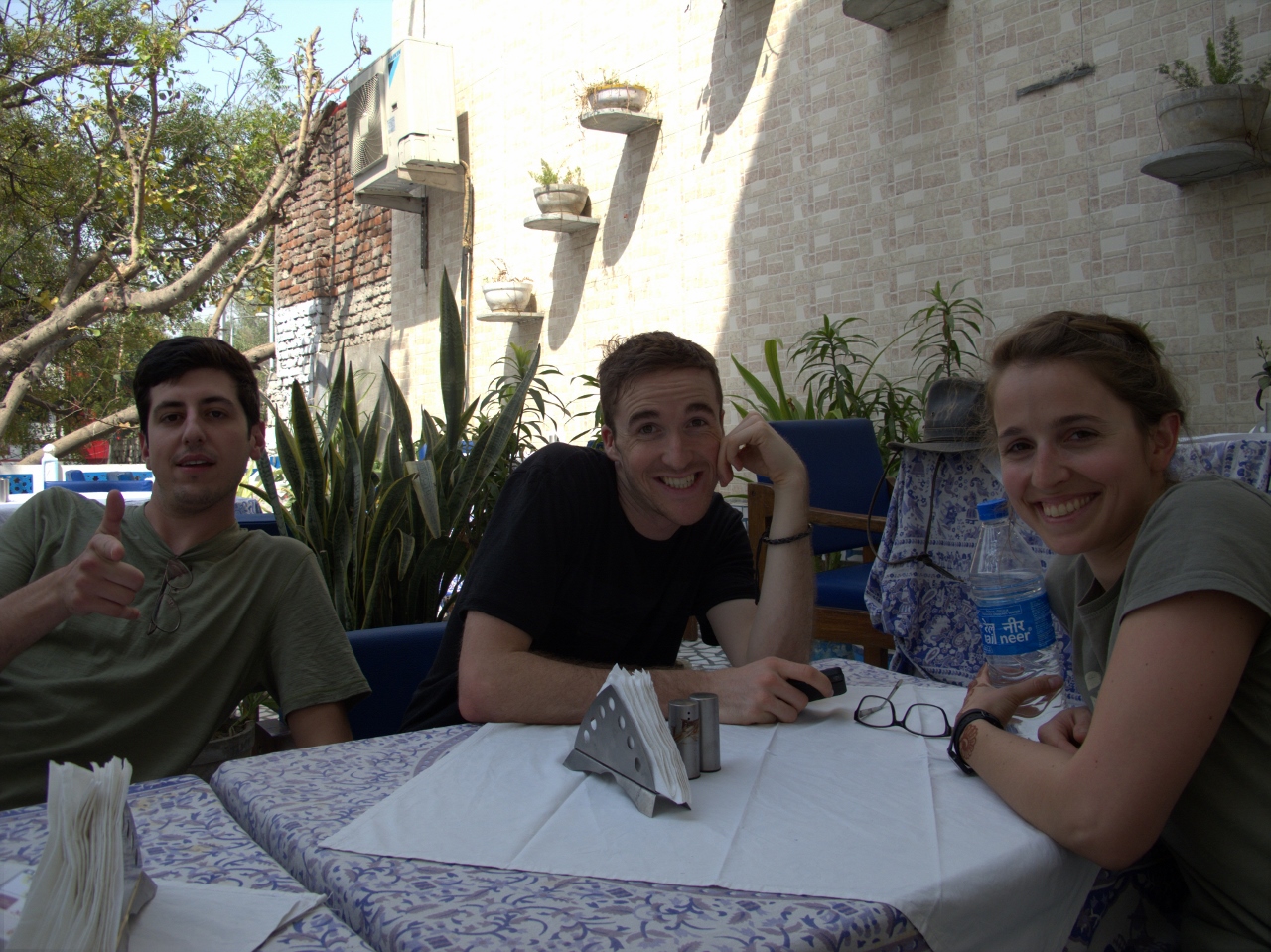 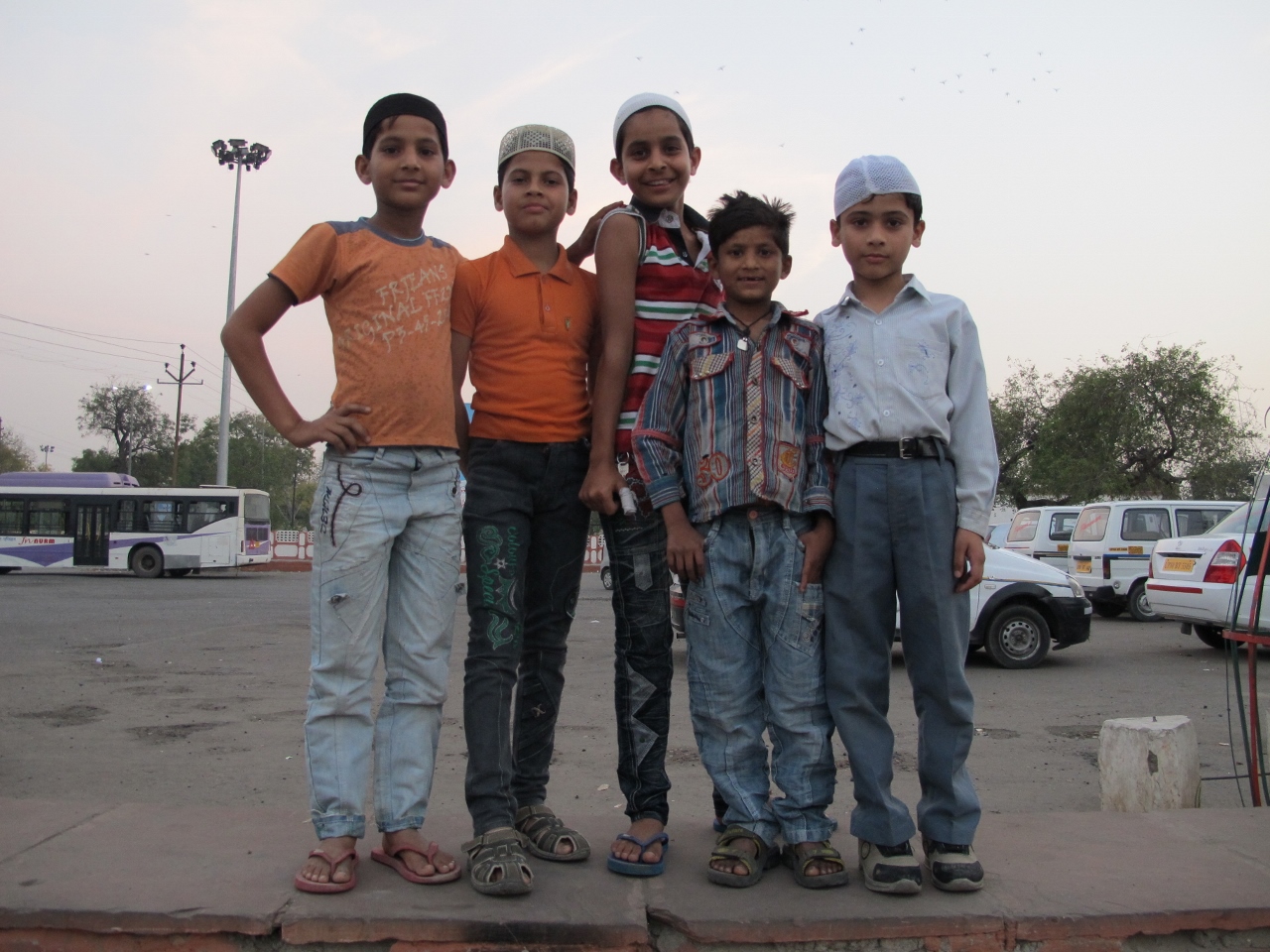 Boyz in the Hood