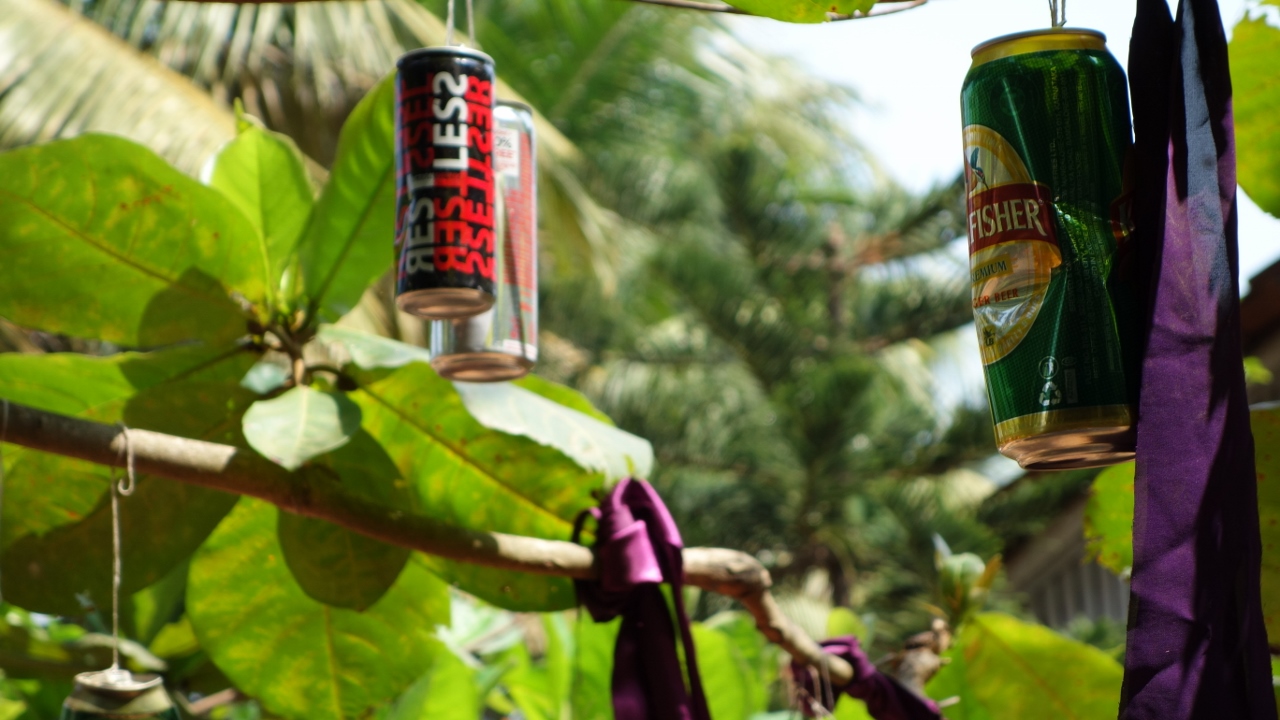 I hadn’t heard of Benaulim, but Sascha was there, so we finished up in Anjuna and made our way. The lovely Phoebe “Bum’s on Show” Spey joined us on the journey south. Goa is something like India’s California coastline—the region forms a long strip along the west coast; it’s sunny and hot all the time; it’s where all the gang shit goes down (y’uuurd). 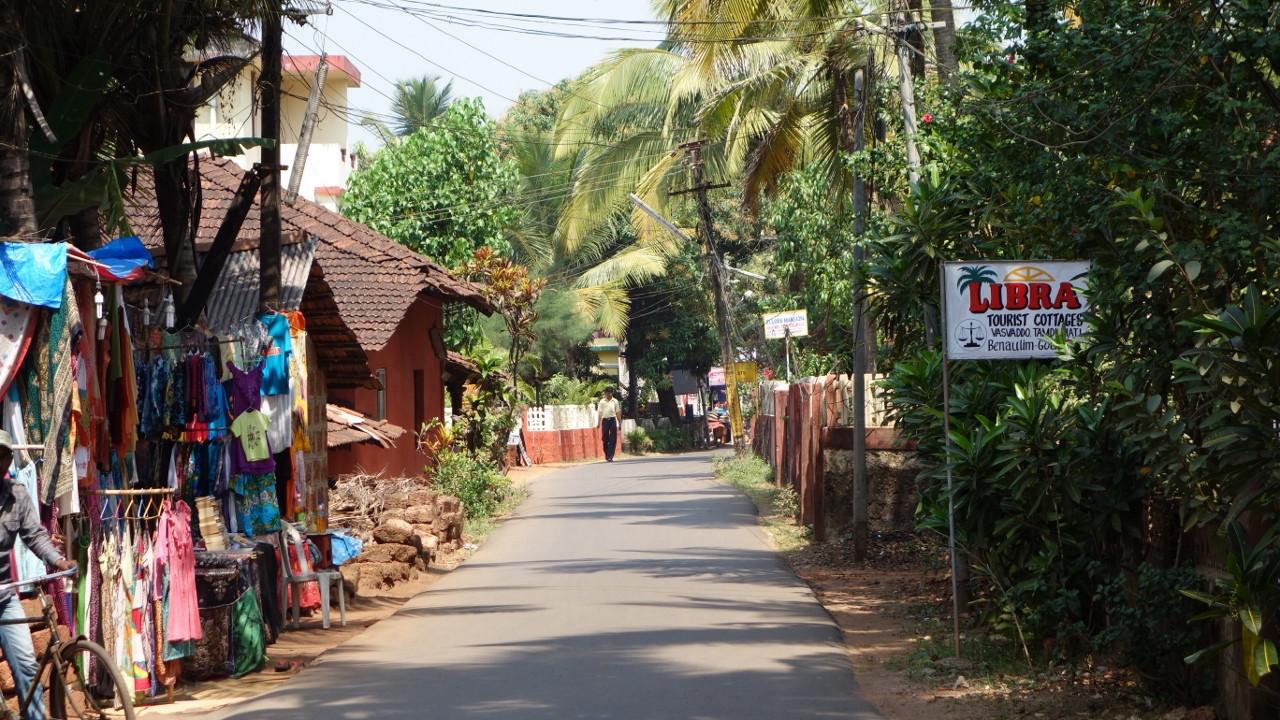 We stayed in a nice guesthouse called O’ Manguiero—the Portuguese influence is still heavy in this part of the state—and walked around the sleepy town. There was one crossroads with a few restaurants dotted around. Only the travel agency seemed to have air conditioning. Over the next few days, we adjusted to Sascha being just way more of a morning person than we are. He convinced me to get up one morning for a 6 AM beach run, which thoroughly kicked my ass. We ran with stray dogs. We watched a group of women in full saris wade into the sea, giggling, while grim men took pictures. We did pushups in the sand as the sun came up over the back side of the beach. 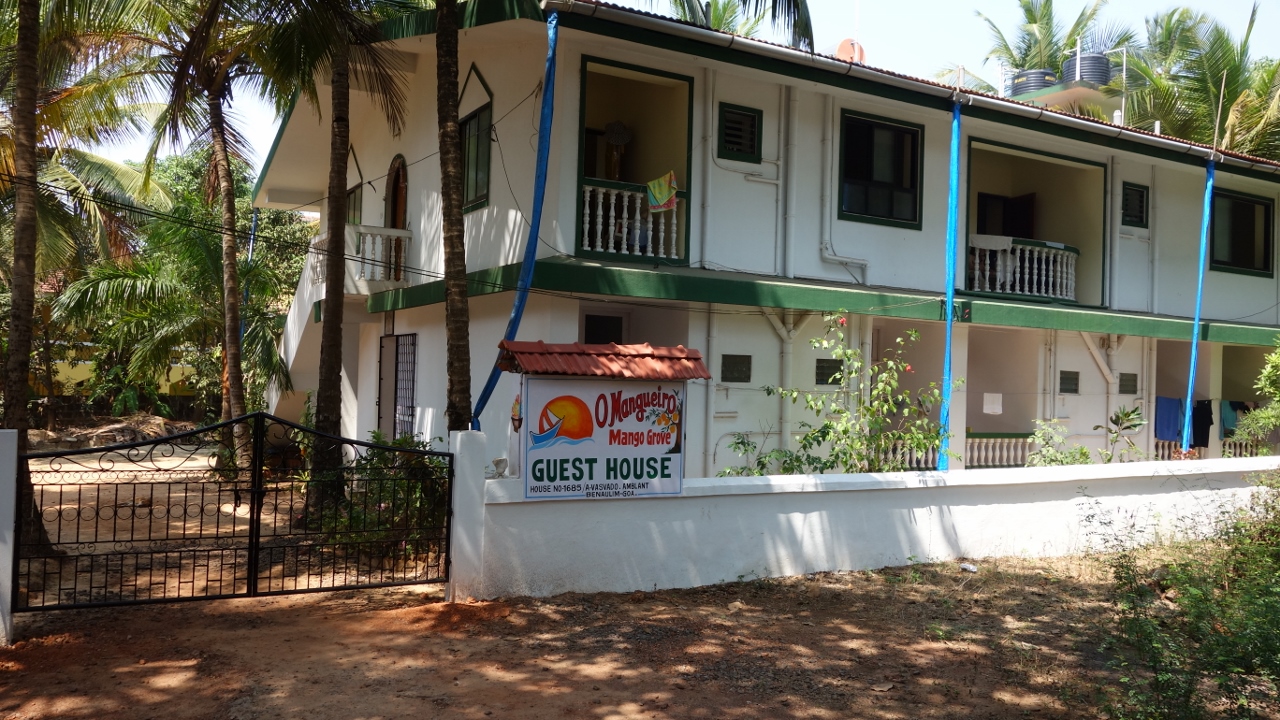 We wanted to see some of the old colonial houses around the area, so we rented motorbikes for a day. I like this word, motorbike. It sounds so much cooler than scooter. But that’s what they were. Phoebe “Being Home is So Rubbish” Spey tagged along on my bike. Vince was carrying his (20L) backpack, so he rode alone. And Sascha outdid us all and sprung for a Royal Enfield. I’m not going to give him the satisfaction of explaining how much cooler he looked than us, but the pictures tell the story. 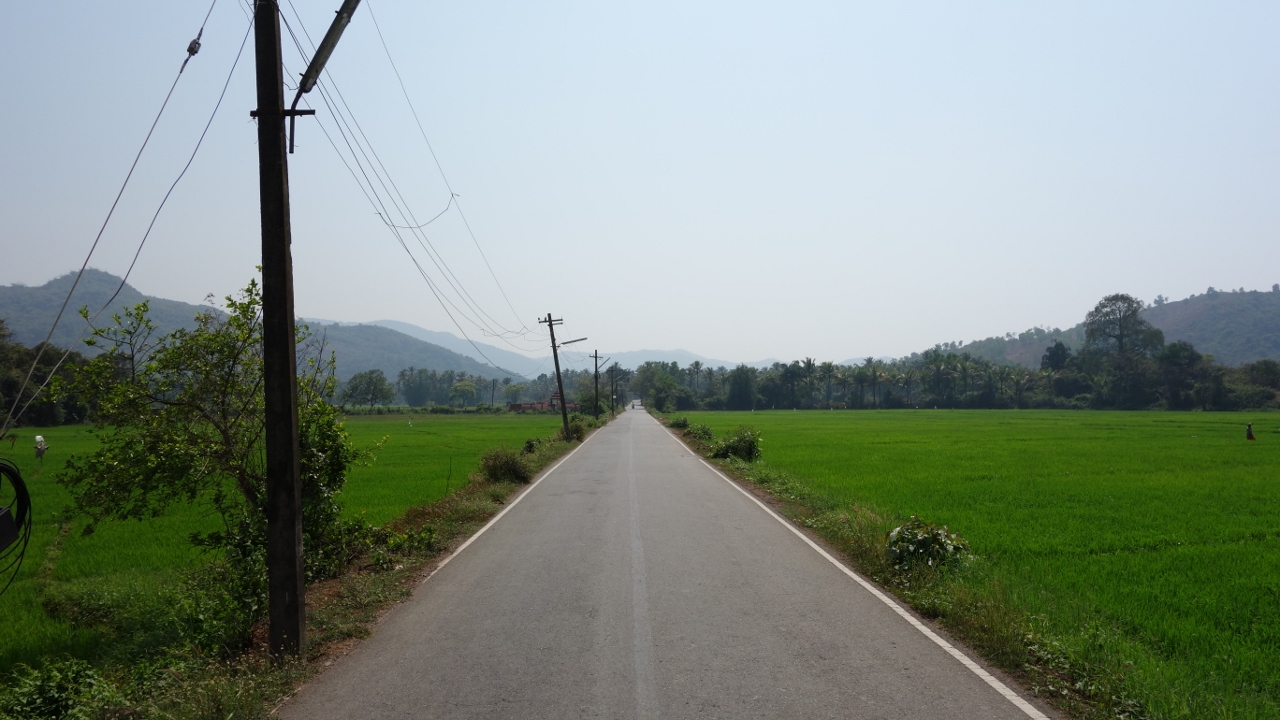 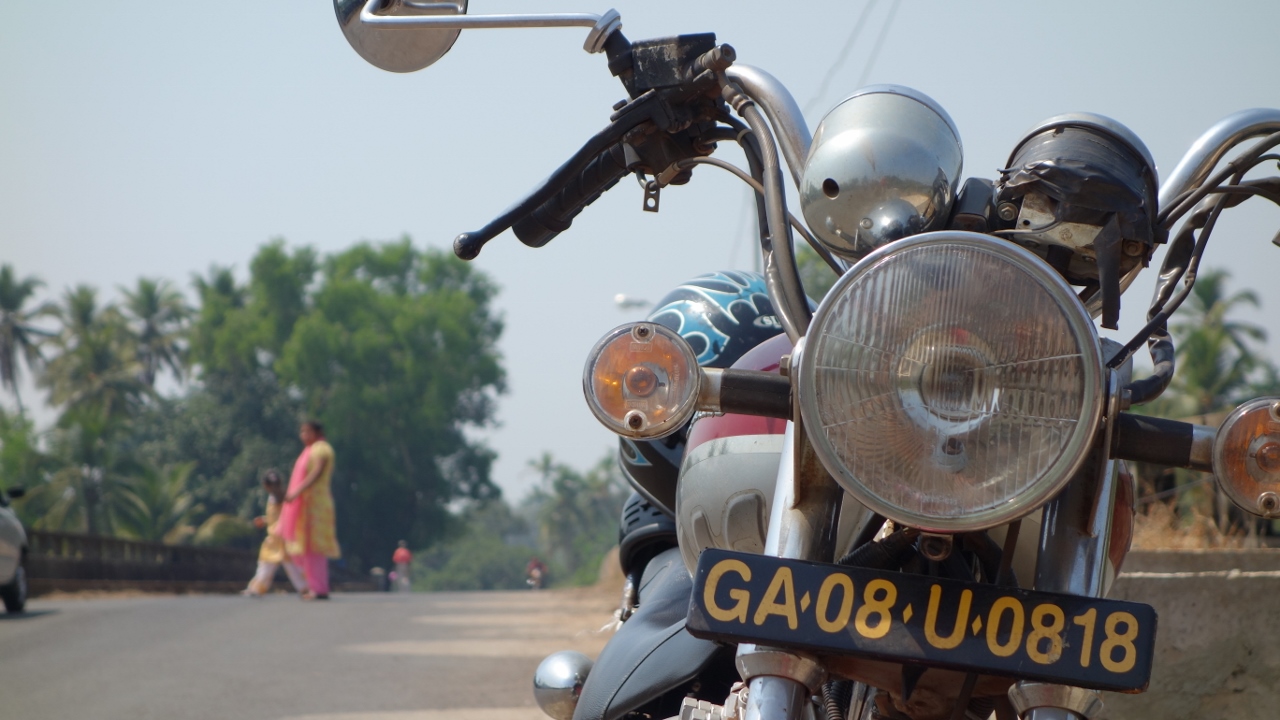 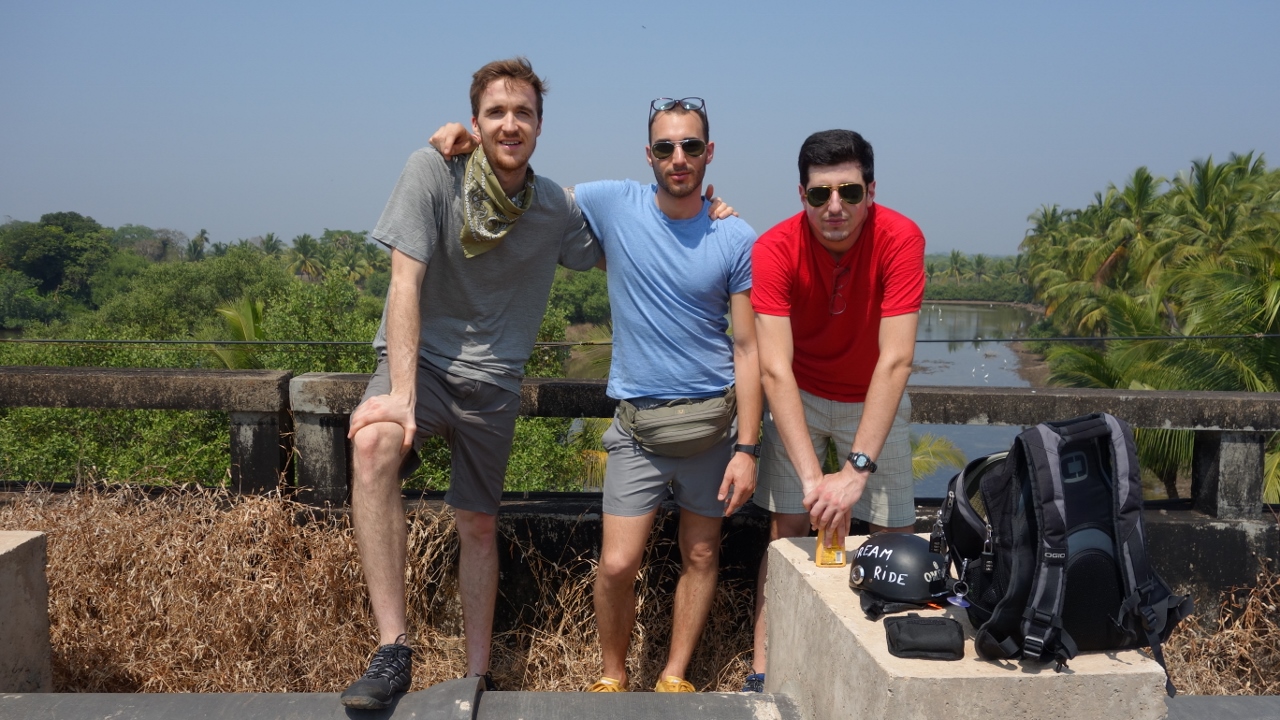 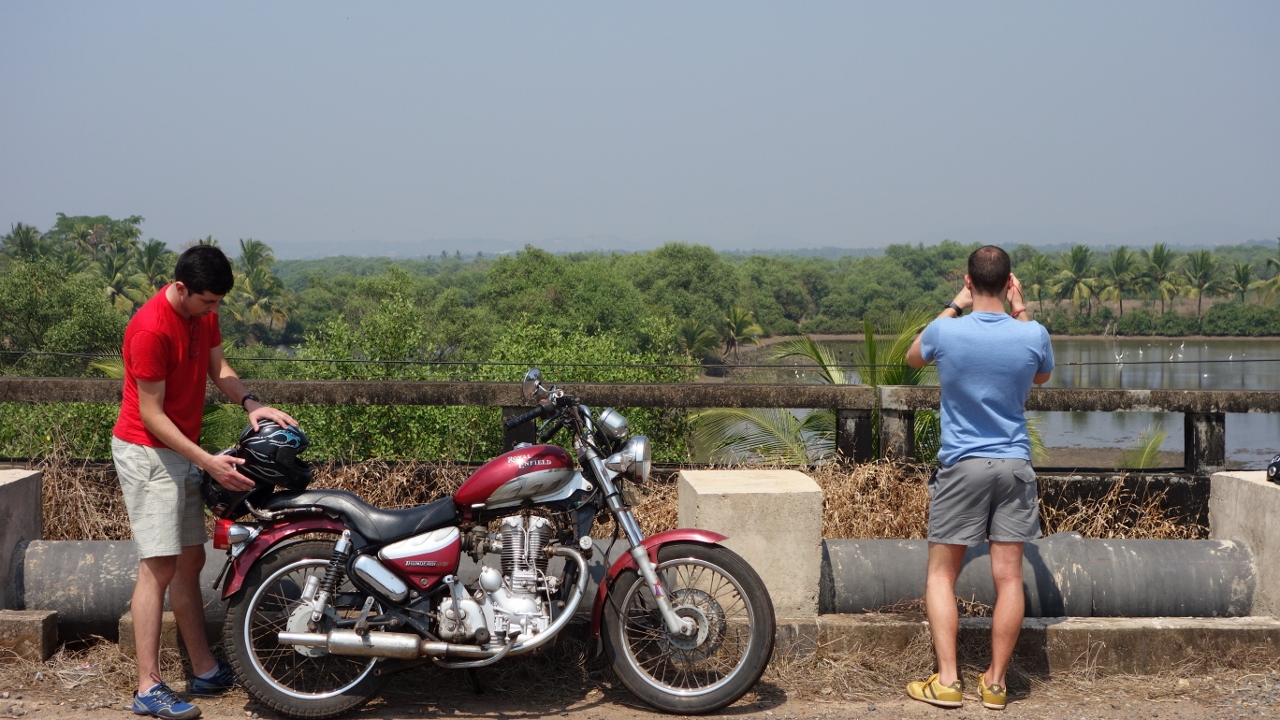 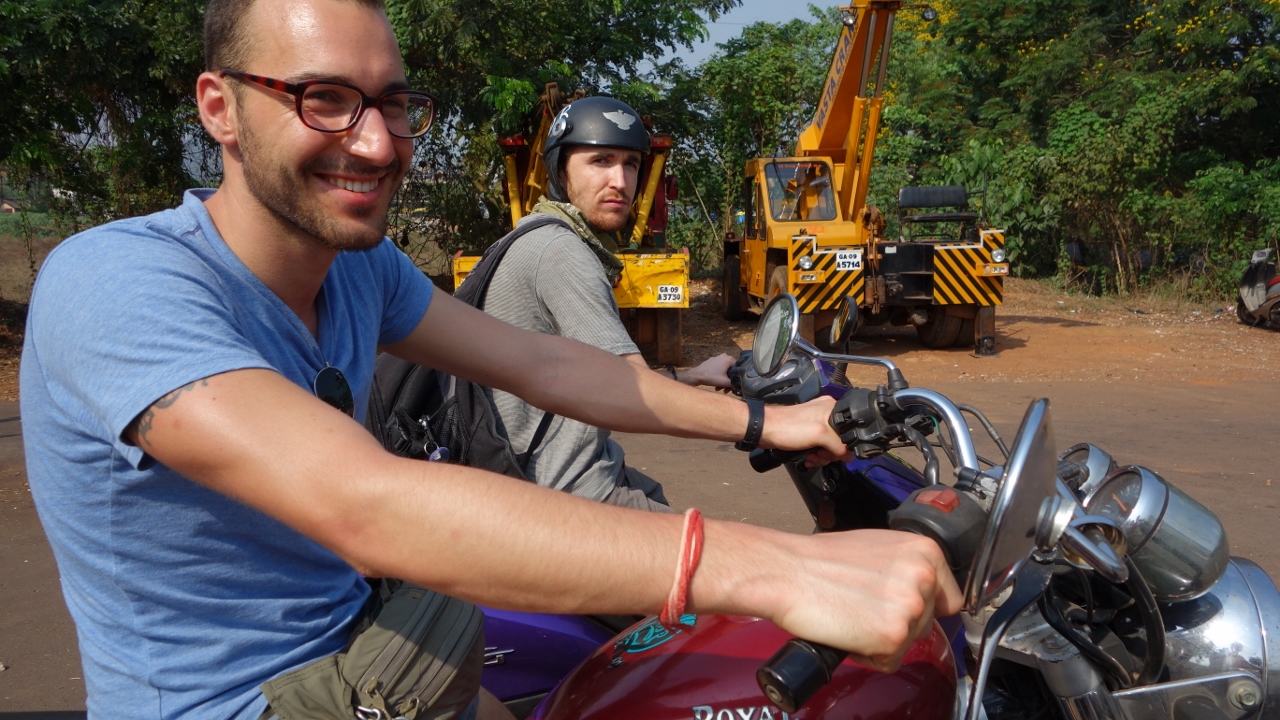 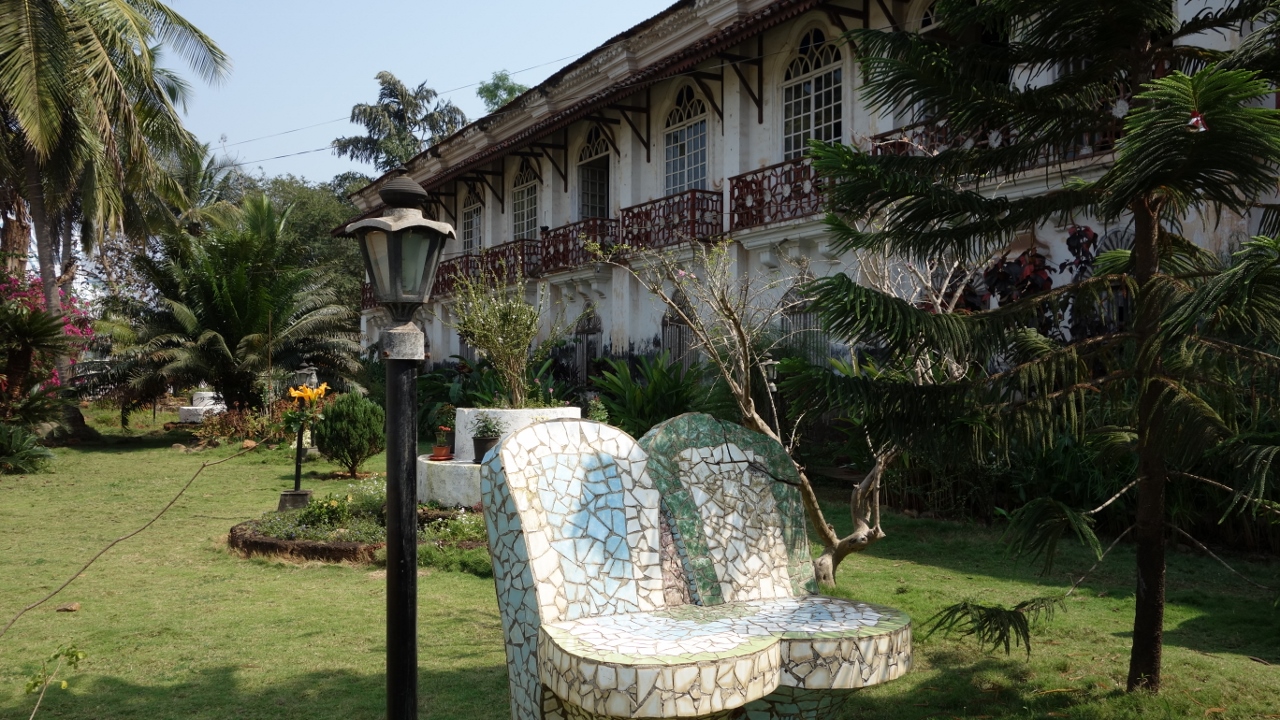 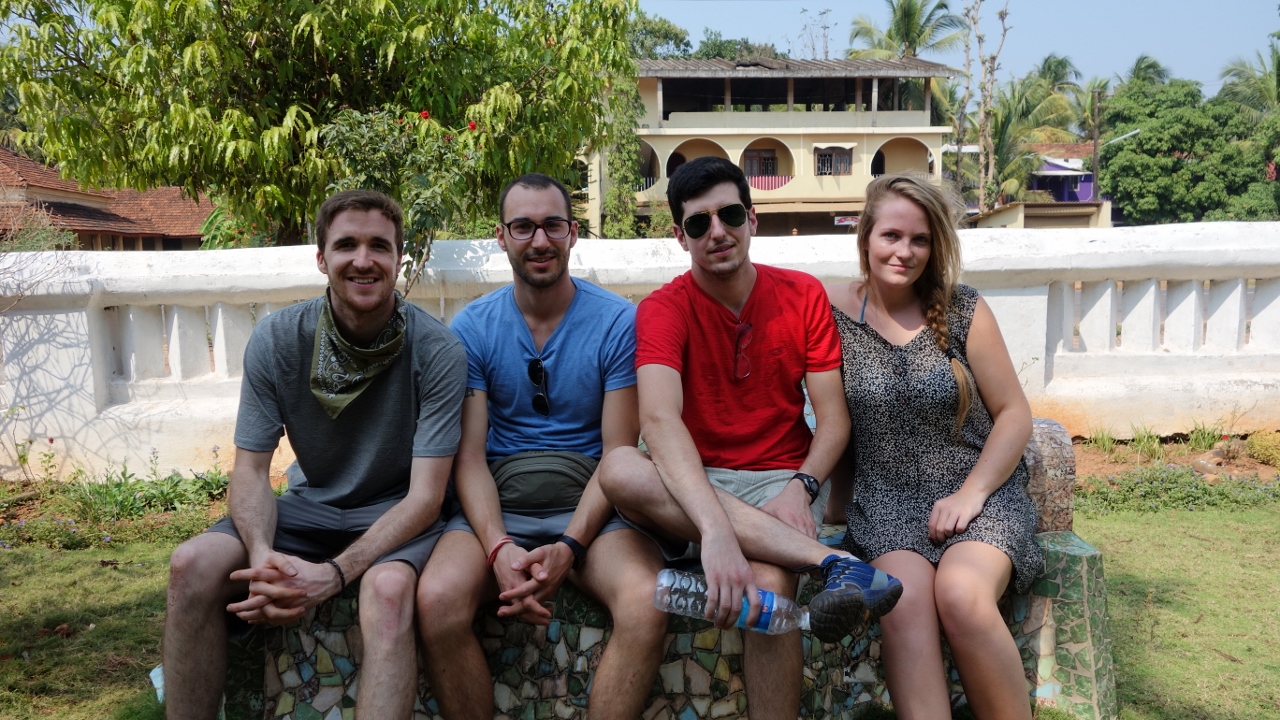 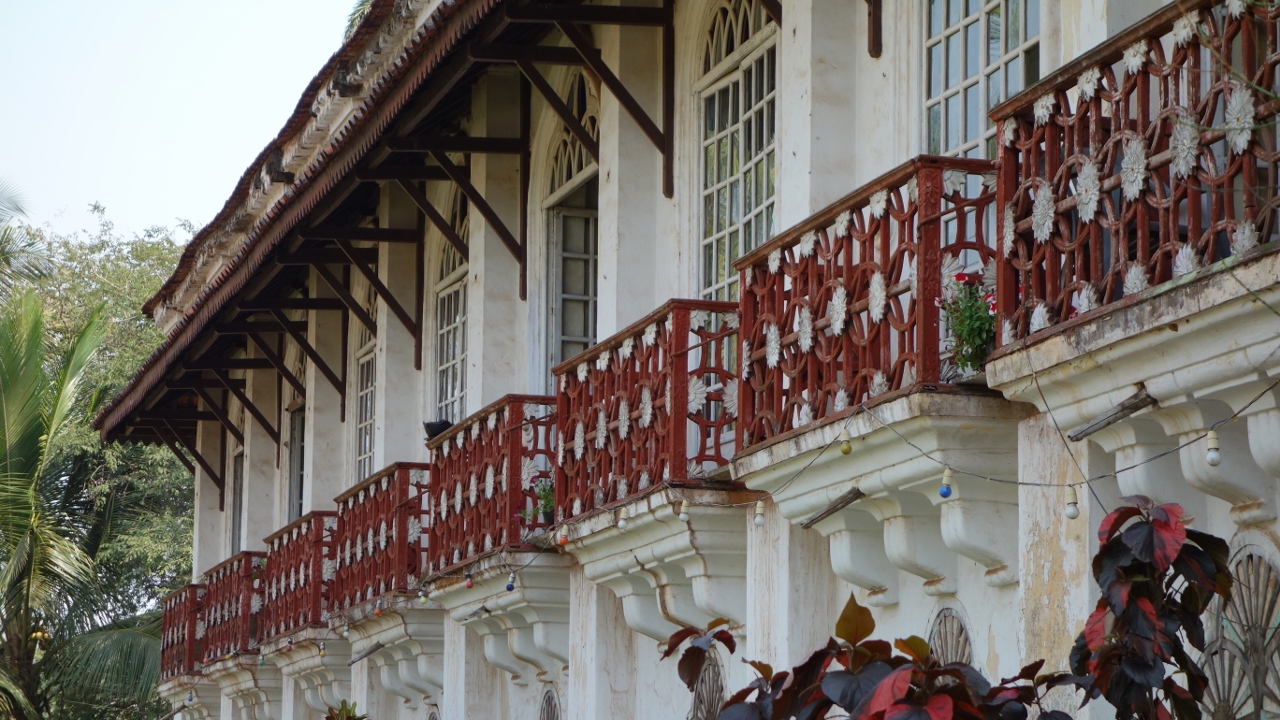 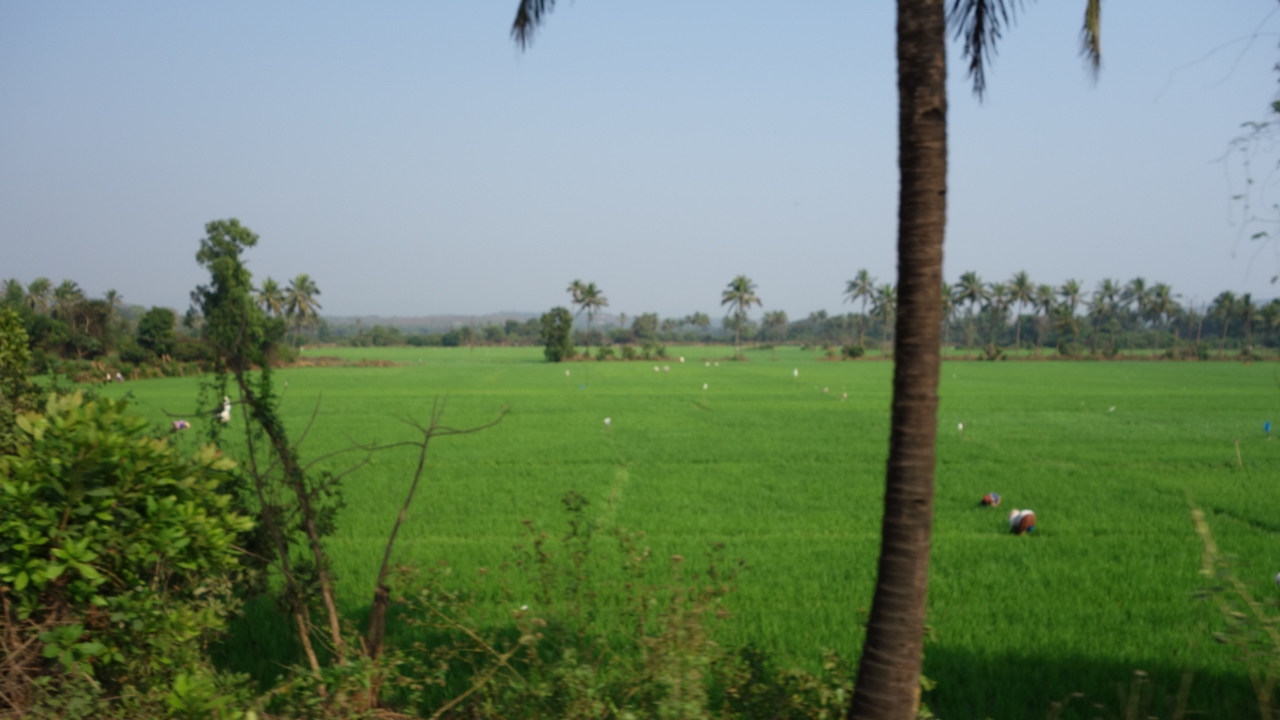 Oh, and we also met some rad little kids on the street in Margao. We had a contest to see who looked better wearing our sunglasses. They won. 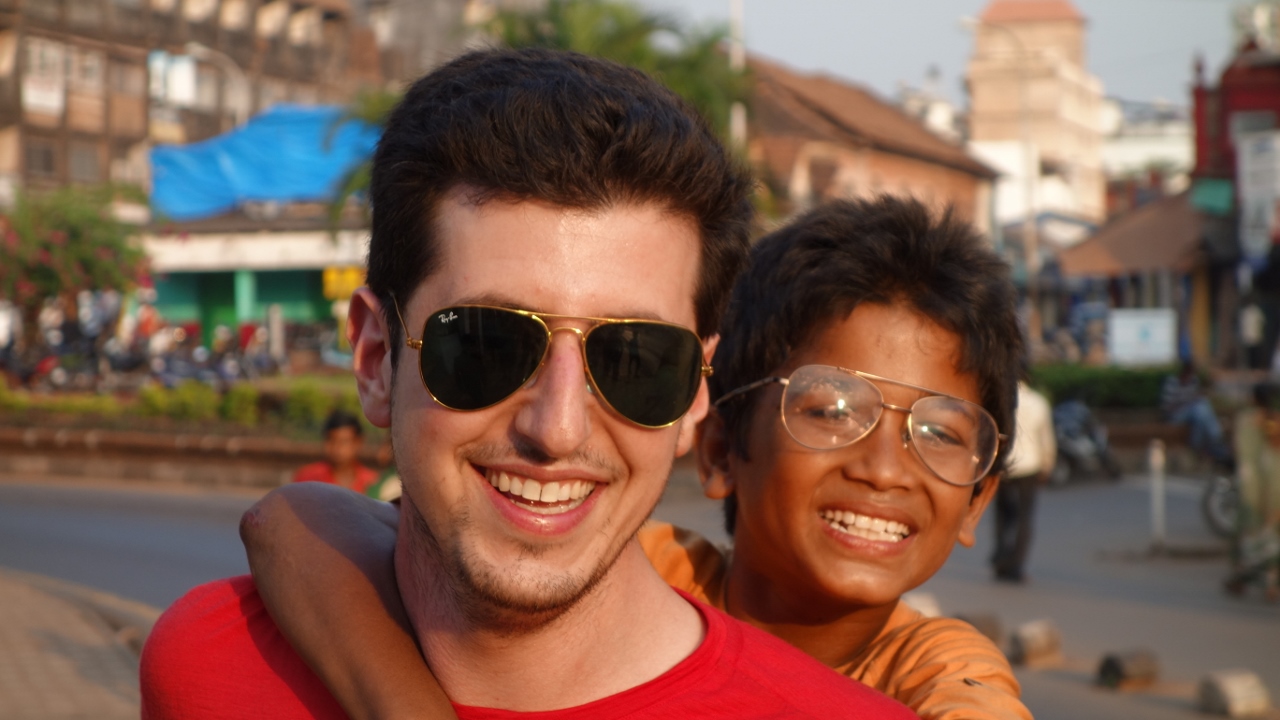 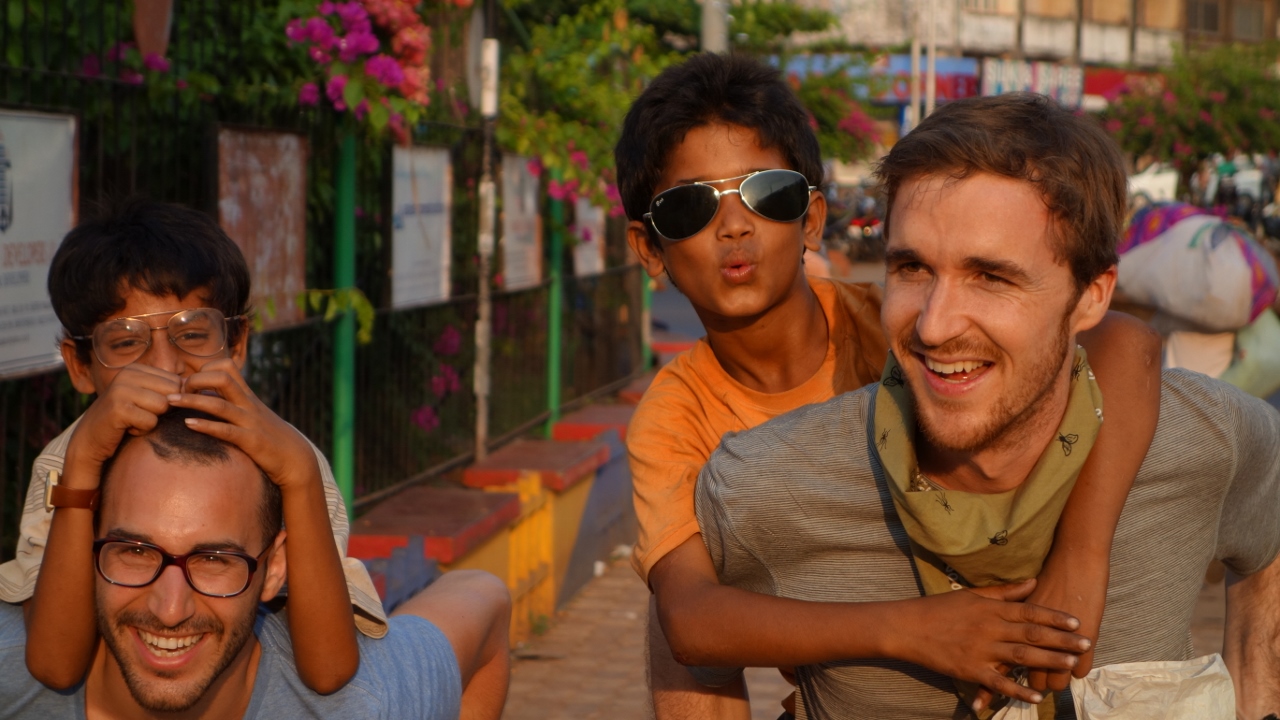 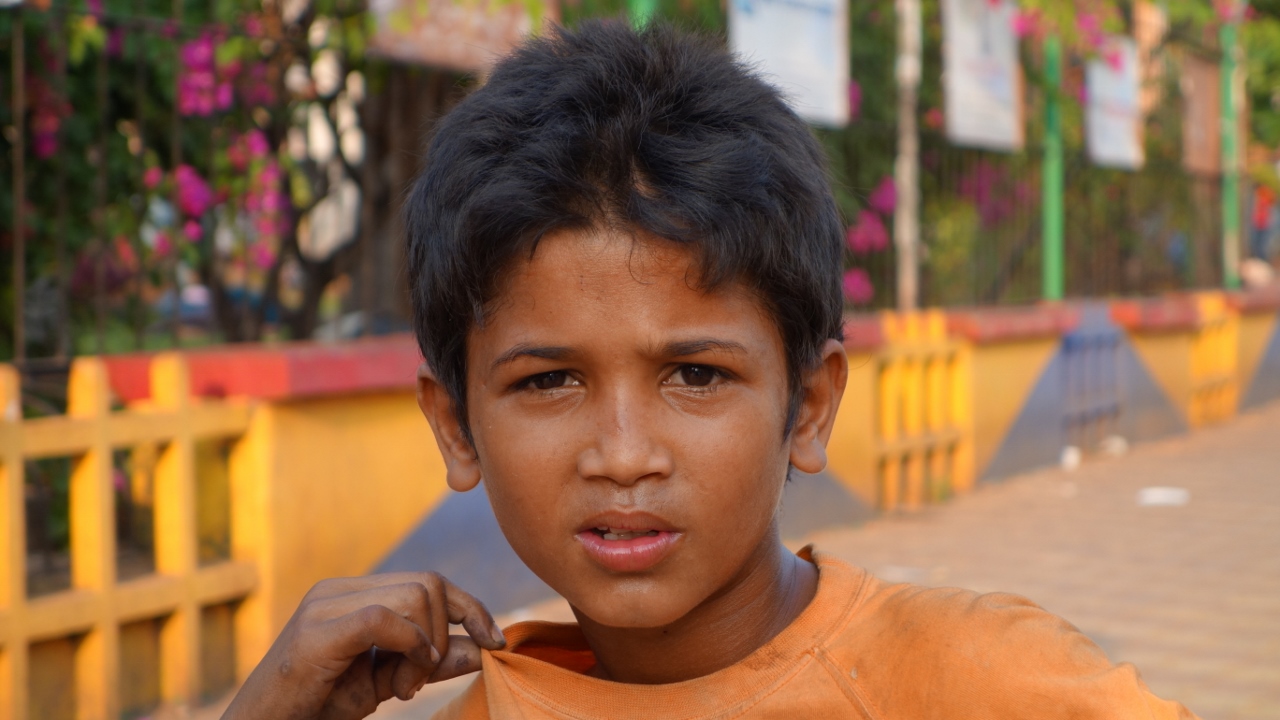 When you’re up at weird hours, as Sascha and I were for much of our time in Benaulim, you tend to see interesting things. My favorite experience of our stay there occurred during an interval that most working adults just don’t often see—2-5 AM. We’d heard that Benaulim was a fishing village since way back, and it happened that the owner of O’ Manguiero came from a fishing family. On our second-to-last night there, we woke up at 1:30 in the morning and set out on foot to watch the action. 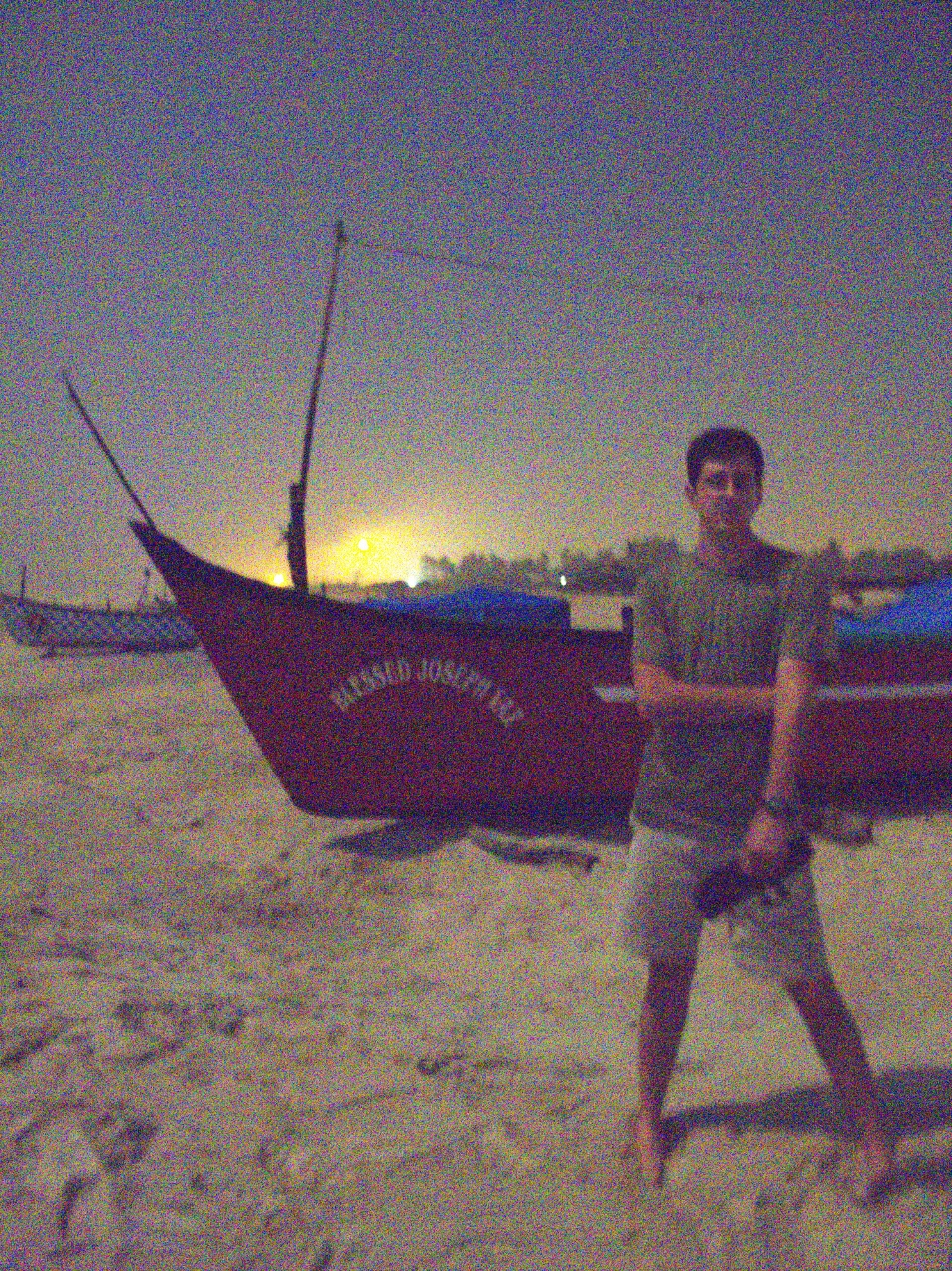 Their fishing methods have modernized over the years, and most of the work happens on boats, far from shore, we’re told. But we were lucky.  On this night, they were fishing more traditionally:  only one boat, maybe a hundred yards out, dropped a net that was anchored by ropes to two points on the shore, two separate groups of men standing in the sand. It was their job to pull the net in, slowly, gathering the slack as the boat slowly drifted back in toward the beach. It took around two hours. 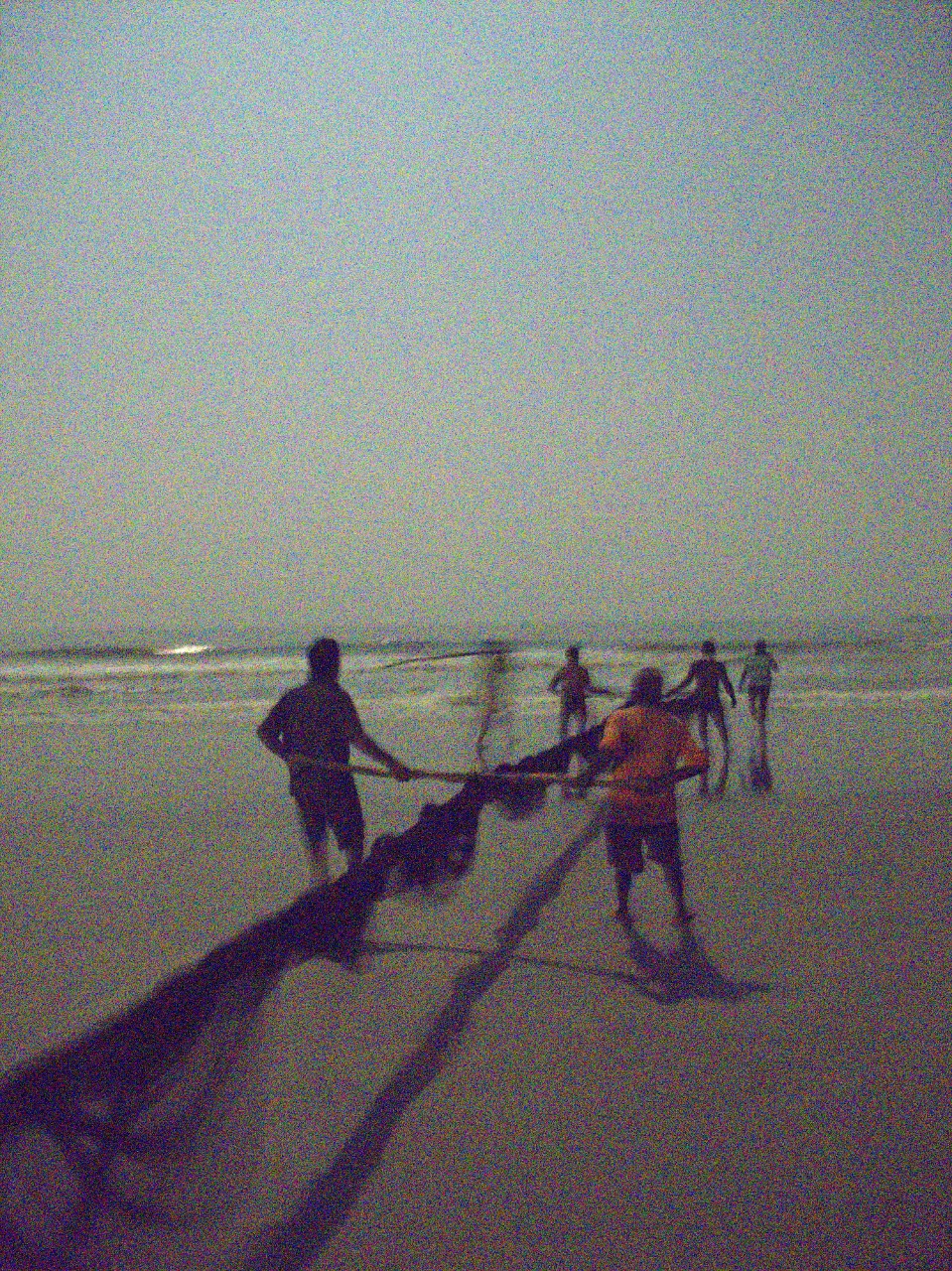 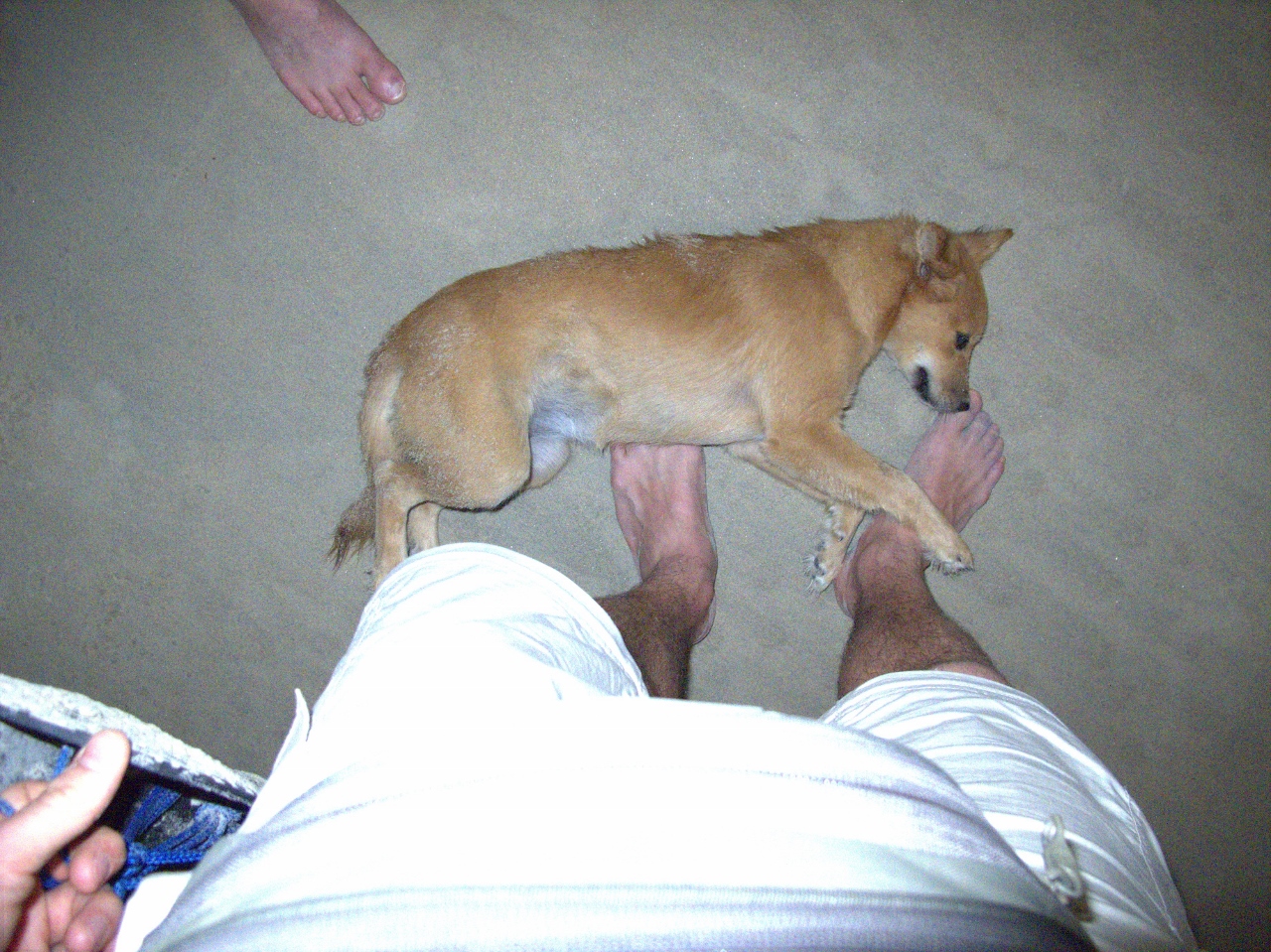 Sascha and I (and the stray dogs) walked around and watched. A couple dozen fishing boats lined the beach, high up on the sand, waiting for another night. And when the men finally hauled in the last bit of the net, something huge and dark was writhing at the bottom. The fishermen yelled. We brought out flashlights. The popular sentiment boiled down to: Just what the fuck is that thing? 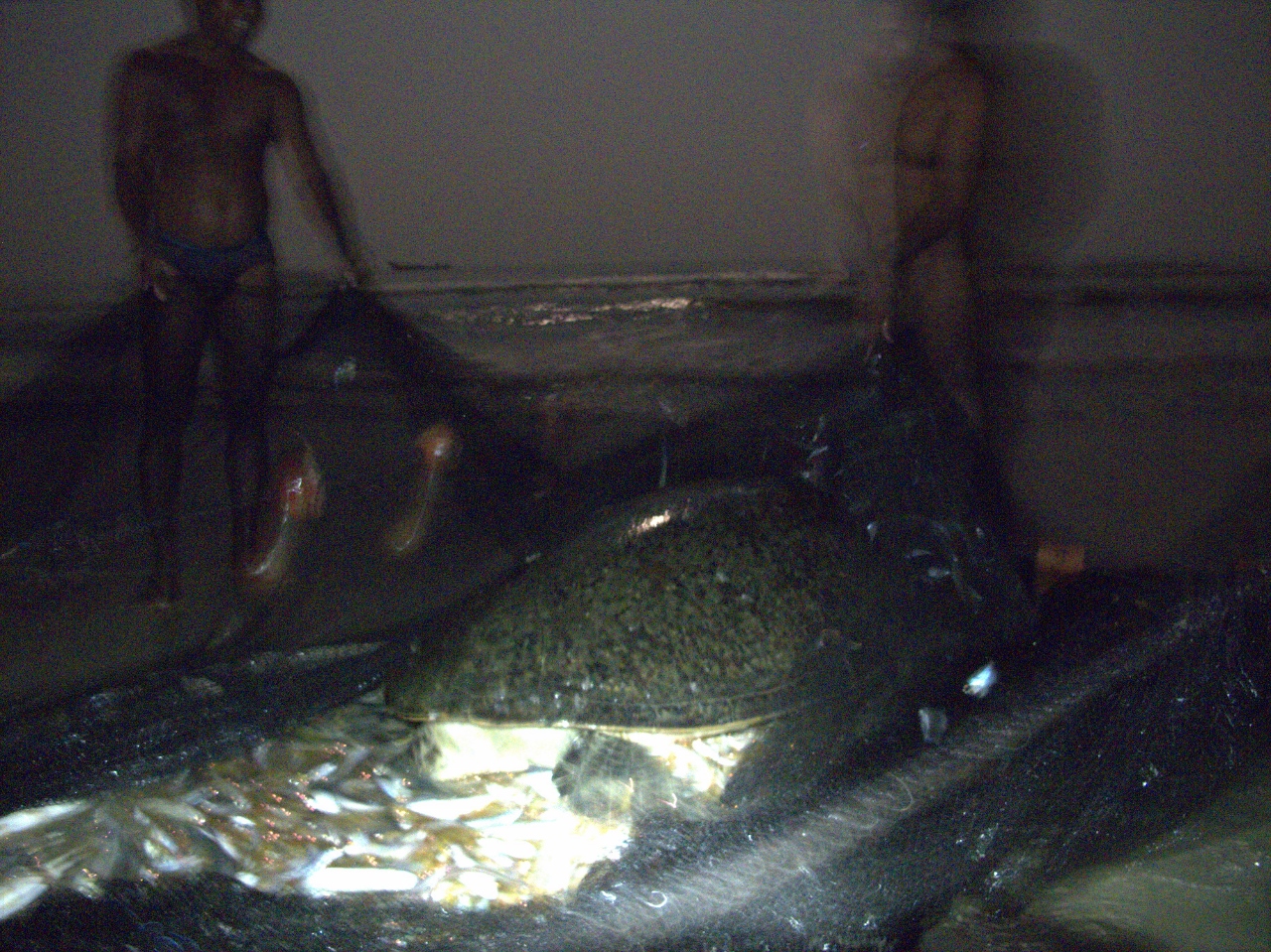 It was a sea turtle—at least a meter across, huge and slow in a prehistoric way. Sascha asked them what they’d do next, and one of the men said they’d keep it. We looked at each other, not sure what to do. Neither of us felt good about letting this massively old turtle die. But this wasn’t our world, not our culture, not our livelihood. It simply wasn’t our place to intervene.

As it happened, though, someone wised up to Sascha’s camera. Killing sea turtles, I’m guessing, is almost as illegal in India as it is in the States. And once they realized that we were documenting the occasion, they begrudgingly let the animal go—slowly, in little halting stops as it realized and fought against its weight on dry sand, paddling forward on leathery flippers, back into the sea. 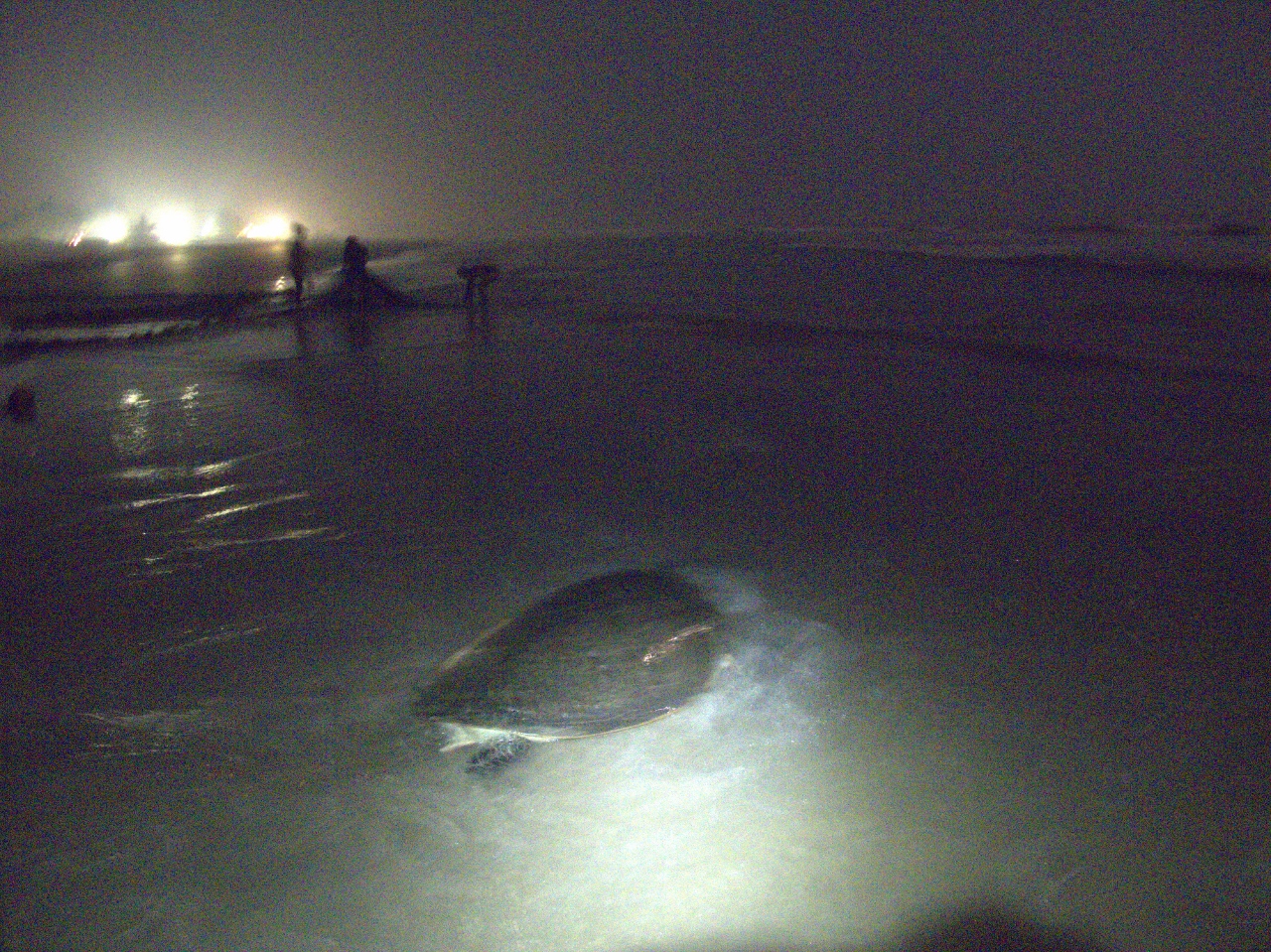